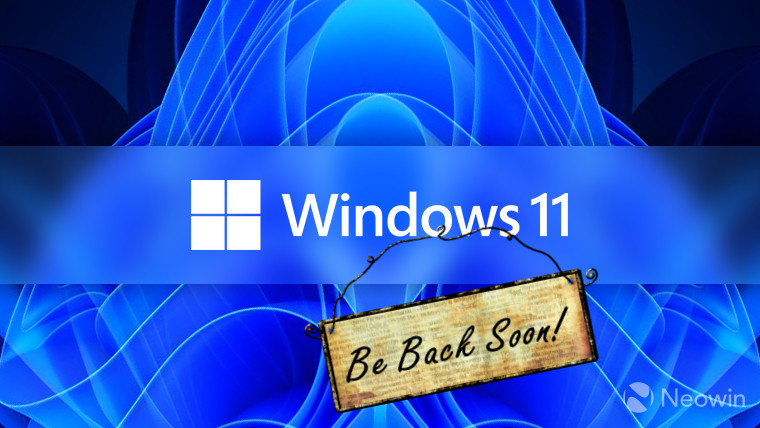 Microsoft has been pretty regularly releasing Windows 11 Dev channel builds over the course of the last six months or so. However, there's some disappointing news from the company today for Insiders flighting the Dev channel builds. The company has announced that there will be no such build this week as the intended build candidate "didn't meet" the "quality bar" that Microsoft has set.

Hey Folks - Unfortunately our build candidate this week didn't meet our quality bar for release so we don't have a new flight for #WindowsInsiders in the Dev Channel this week. We hope to be back at it with a flight next week. ^AL pic.twitter.com/2Pbj37e331

For humor, the firm has also set a Batman pushing an empty swing GIF to show that it is disappointed in failing to deliver a Dev channel build this week.

Unlike a few of the times previously, Microsoft hasn't informed of any bug that it ran into while testing and hence we don't really know what might have happened unless the company shares more details about it.

However, there's some good news too. As the announcement says, the Redmond giant is planning on getting back to the business of flighting Insiders builds next week.