Let's face it - This month has been a crazy one for Microsoft. While this is largely due to its huge device announcement early in the month, there are many more moving parts then what the average consumer sees. With all these new devices from so many categories, Microsoft is working to make sure customers who want to go out, experience, and buy these products have the best retail experience possible, regardless of what technology store you walk into. 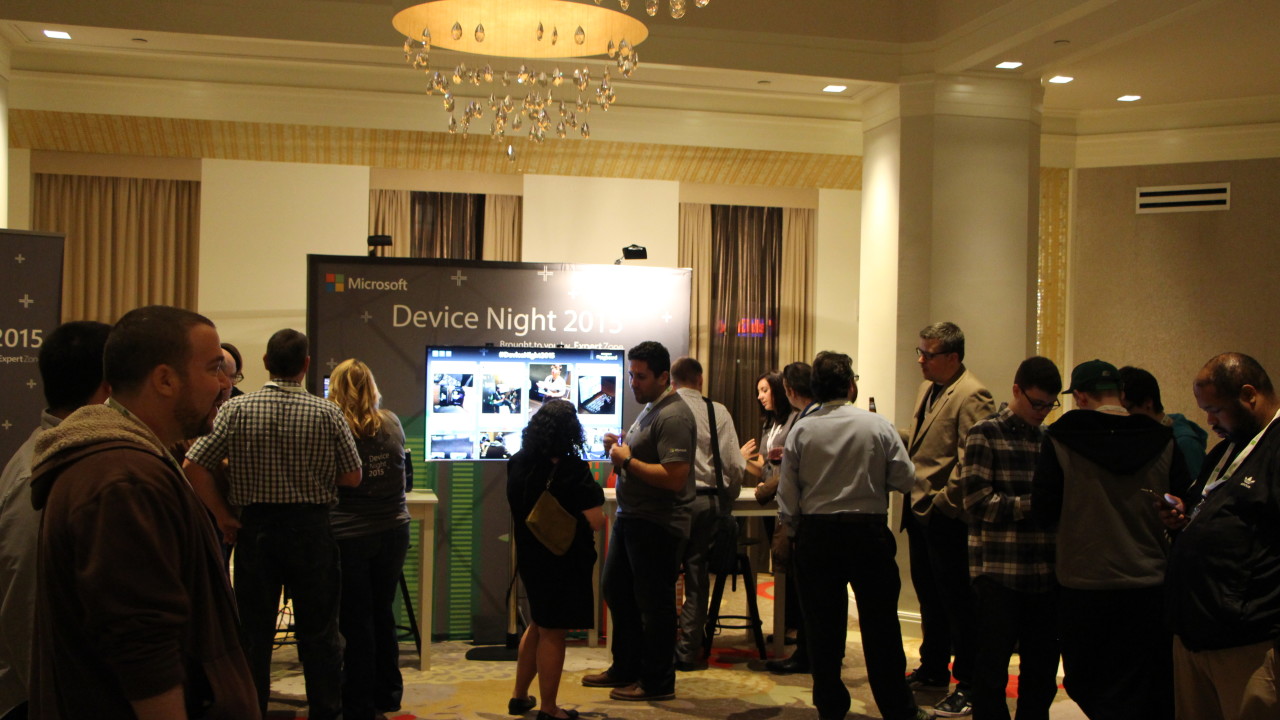 This is where Device Night comes in. Device Night allows retail professionals, the front-liners, to get excited and pumped for these new devices. They are going to be the ones pushing and recommending these devices to consumers after all. To best give these guests a feel for all these devices, the event was divided into five demo areas, each covering certain scenarios and use cases for all of Microsoft's new products. 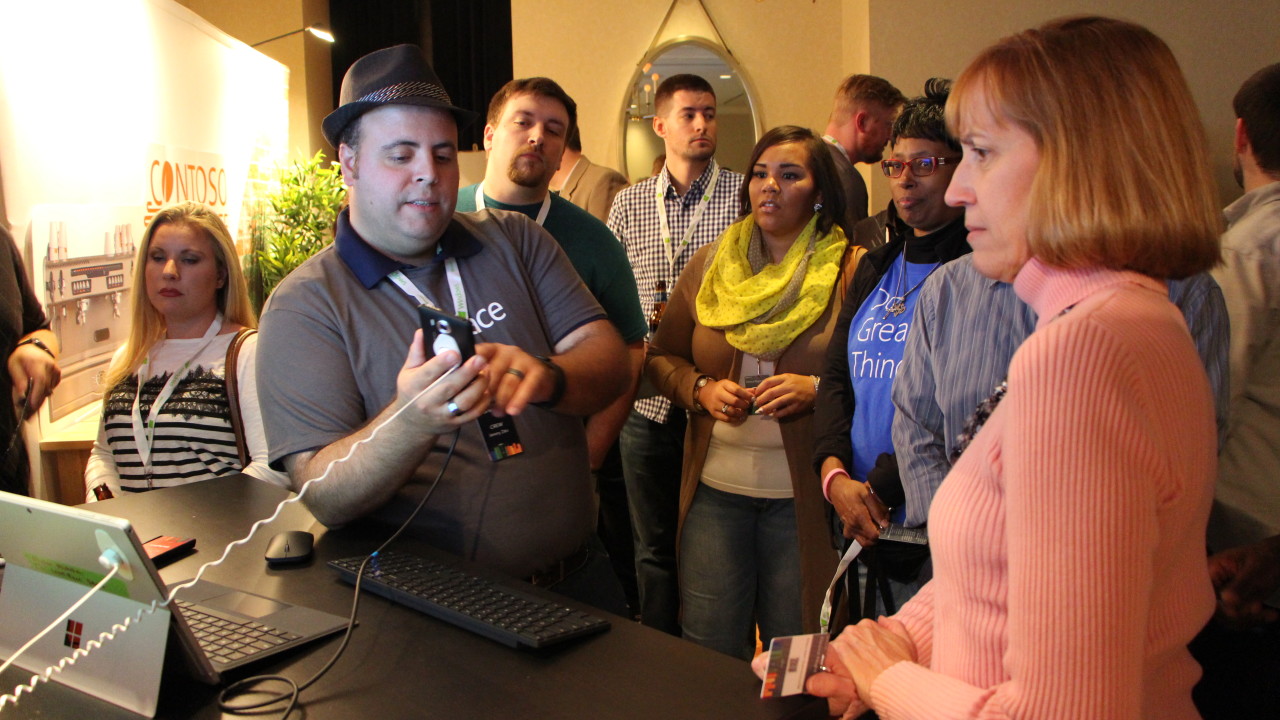 The event attendance was comprised of a mixture of retail professionals and fans, totaling about 400 people, while many were from the Philadelphia area, many were also from around the U.S. So how was it? Overall, the event atmosphere was overwhelmingly positive. Sure, there were complaints about spotty hotel Wi-Fi, which at one point kept some of the demos from functioning properly, though this isn’t anything out of the ordinary, given so many people in such a small space. Stuff happens, and I don't think any event is immune.

Inside the actual event we got a chance to quickly chat with Ben Rudolph, AKA BenthePCguy, who is responsible for device education and evangelism at Microsoft. We talked about the event itself, future plans, and how Microsoft is addressing some past concerns as well as questions about the Device Night event itself.

Though this event was gauged toward Microsoft-made devices, Ben wasn't afraid to admit that their devices may not be for everybody, but explained that those people regardless of the device they choose can still have a great Microsoft experience courtesy of their "mobile first - cloud first" vision. 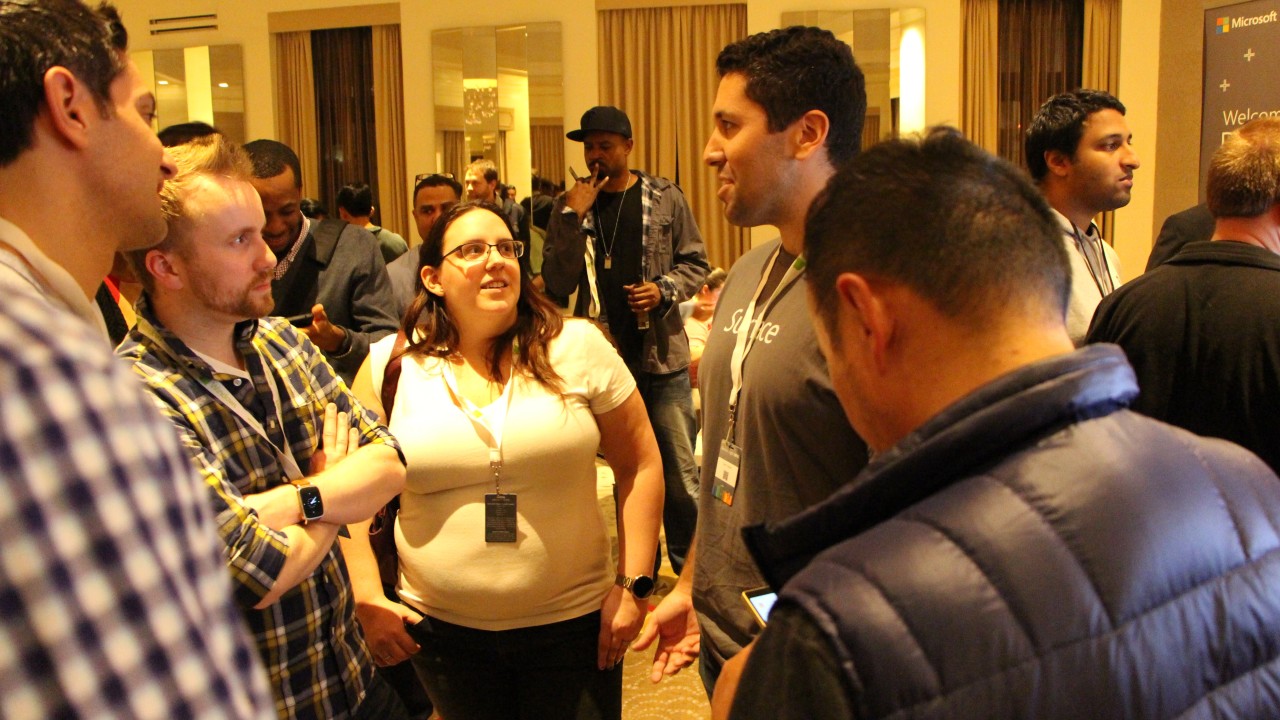 This goes back to the potential OEM vs. Microsoft conflict - even though they both may offer premium devices, it ultimately boils down to offering a greater variety of devices to consumers that each offer great experiences. Ben felt confident that ultimately in the same way the user may prefer Android or Apple, they may prefer certain OEMs or be looking for a certain tier of device that Microsoft doesn't offer - a consumer is going to buy what is right for them. Ben additionally reiterated Microsoft's commitment to OEM's and continued deep collaboration in to the future.

On the topic of Windows Phone, which now extends into Windows 10 Mobile, Microsoft is confident in the quality of these devices and would definitely like to sell more of them, but this isn't as important as it used to be. While Microsoft can work to provide all the tools in the world to retail professionals, at the end fo the day, die-hard Apple and Android fans will most likely not be convinced to switch. Probably a smarter choice - why spend advertisement dollars to convert only a couple people? 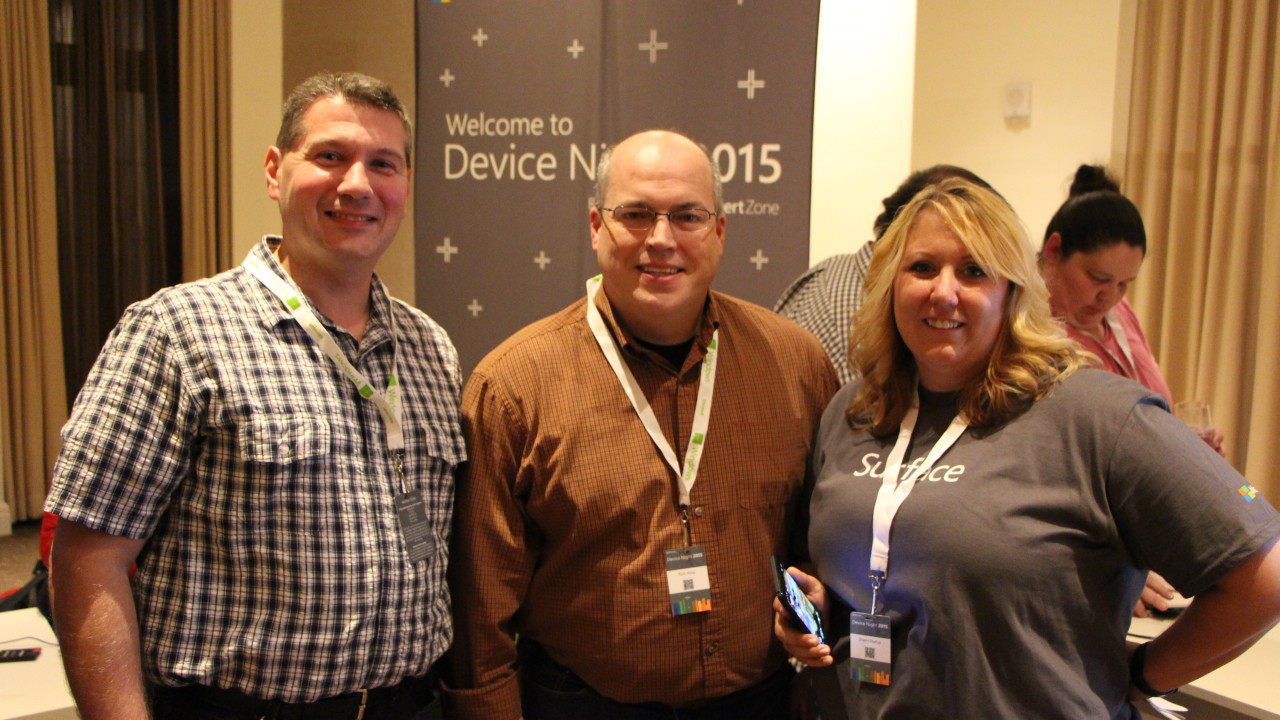 While at the event I spoke with many retail professionals. While many came already convinced, there were also those that weren’t immediately persuaded. Did they leave convinced? Mostly – while many still had their own criticisms, the Microsoft staff wasn’t afraid of taking note of their feedback – a tremendously good trend that I hope Microsoft retains. Many of the demos, in fact showed the professionals instances where you can leave feedback and stressed how important it is as well as how much they appreciate it.

The Device Night event took us through all the hardware we saw at the October 6th event, except for HoloLens – not surprising given the Developer Kit won’t be sold in mass – at least, not yet. The hardware demos were very engaging, one in particular for the Band encouraged attendees to bike or run on a treadmill. You can see specifics on many of the different activities at the bottom of this article. The videos in each of the articles demonstrate how both the fans and retail ‘pros’ interacted/reacted as well as show an inside look at the product features and capabilities that Microsoft is pushing to get people excited for these devices. 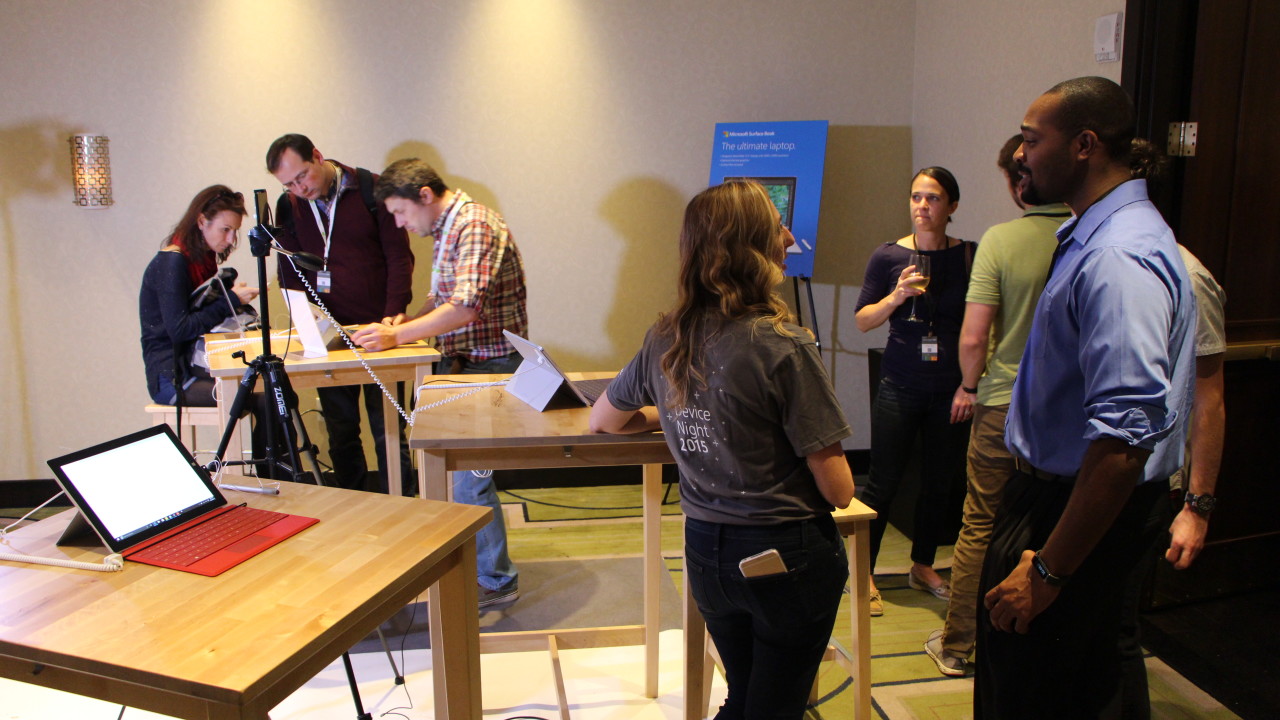 An interesting dynamic and something that I want to applaud Microsoft on, is the decision to invite both pros and fans to these device events. While the fans are already convinced, several of the retail pros present at the event as I mentioned earlier where not. And what better way to channel excitement to retail professionals then by letting them see real consumers who are excited about Microsoft products. There are multiple benefits besides this. Many of the fans are the ones who run the preview software and may be even familiar with some of the more lesser-known features. Get both of these groups talking in a room, and you have a recipe for success – Microsoft did this and the atmosphere of the night definitely reflected their success. 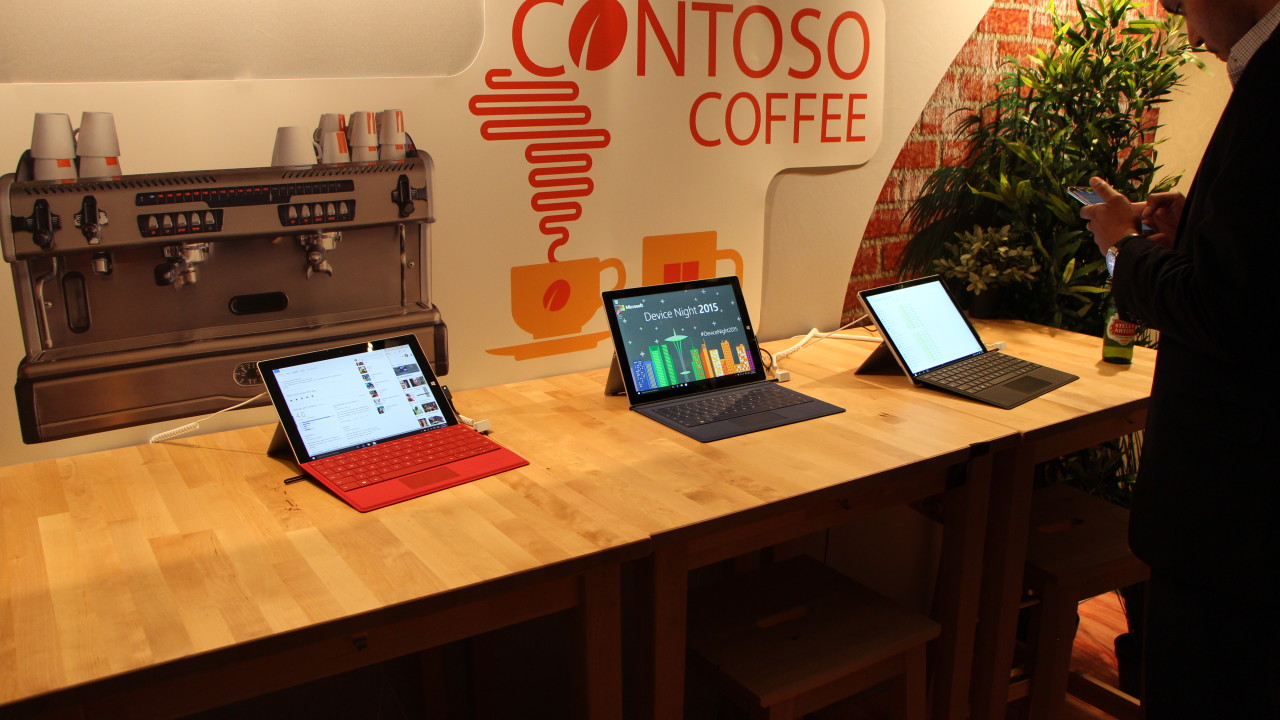 Does this mean all these products will find retail success? Maybe – maybe not. But Microsoft isn’t concerned with impressing everybody, just empowering the ones that already enjoy or are interested in the products from the start. While the phones may not sell as much when compared to the latest Surface line of devices, that doesn’t make them failures. With many of these new products and the excitement generated around an event such as this one, Microsoft is hoping OEMs take notice and follow suit with a collaborative effort from all sides. Only time will tell, but if the various retail staff members bring even half of the enthusiasm I saw at this event, it has the potential for a very positive impact on the consumer experience. While we won’t be able to tell immediately if events like the one Microsoft held in Philadelphia bring any real change, after talking to hundreds of guests I’m feeling as optimistic as ever.