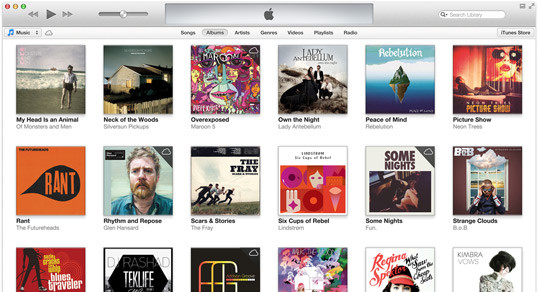 While Apple still offers a desktop iTunes app for Windows users, the company has never indicated any interest in making an app that would work with the Start screen interface version of Microsoft's Windows 8 operating system. This week, the business head of Windows, Tami Reller, seemed to slam the door on an iTunes Windows 8 app coming in the near future.

CNN Money reports that, according to an interview with Reller, she said flat out, "You shouldn't expect an iTunes app on Windows 8 any time soon." Reller also hinted strongly that Microsoft would really like for Apple to change its mind. In fact, she suggested that Microsoft has openly asked Apple to develop an iTunes app for Windows 8, saying, "iTunes is in high demand. The welcome mat has been laid out. It's not for lack of trying."

Apple co-founder Steve Wozniak believes that the company should expand its iTunes reach to more platforms besides its own and the Windows desktop, including the Windows Phone operating system. However, it would appear that Apple has no interest in launching a native Windows 8 app for iTunes.