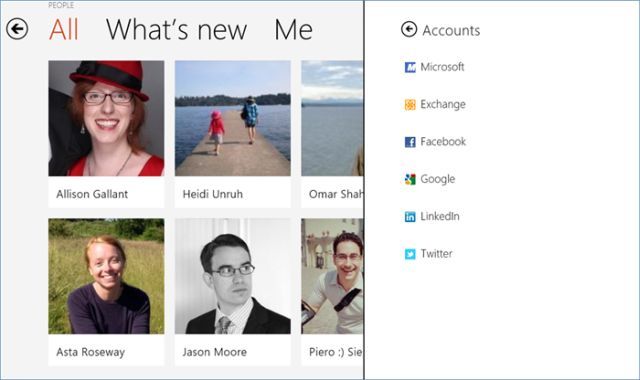 In the past, Windows has offered a way to store contacts and email addresses. However, with social networking services such as Facebook, Twitter and LinkedIn, more and more people are storing and using their contact information in new ways. In the latest post on the official Windows 8 blog, Microsoft talks about how the company developed its People Metro app for Windows 8 as a new way to organize contact lists from a number of sources.

The People app uses Exchange ActiveSync along with APIs used by networks like Facebook and Twitter in order to sync up a copy of all of your contacts into a cloud server. The People app also allows Windows 8 users to send messages to anyone on any of the supported networks, along with being able to view and comment on your friend's messages and photos.

Of course, most people use more than one social network. Microsoft says the People app for Windows 8 was designed to take this into account when displaying information and updates from your friends. The blog states that the app "automatically detects that all of these contacts are the same human being" and presents that information as one single linked contact 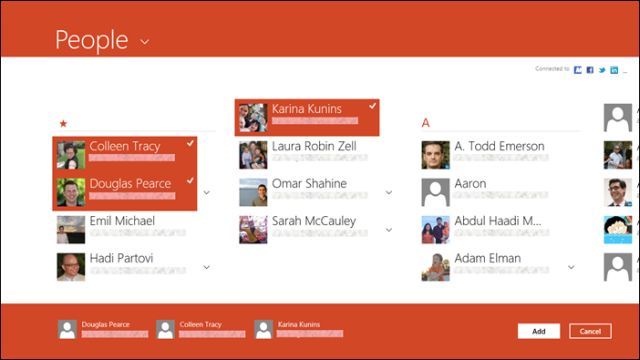 The People app also uses the secondary tiles feature in Windows 8 to receive updates from specific people when they are pinned to the Windows 8 start screen. You can also post to both Twitter and Facebook from any Windows 8 Metro app via the Share contract; you can also quickly select a number of contacts from the People app to send a mass email to all of them.

Microsoft also said it respects the privacy of Windows 8 users when it comes to contact information storage. For example, Exchange information is not currently synced to a cloud server. The blog adds, "We also recognize that each person uses their address book and networks in slightly different ways. So we put you in control of what you share with which network and individuals on the network. For example, when you connect Facebook you can decide to connect just the address book, or additional features like instant messaging."