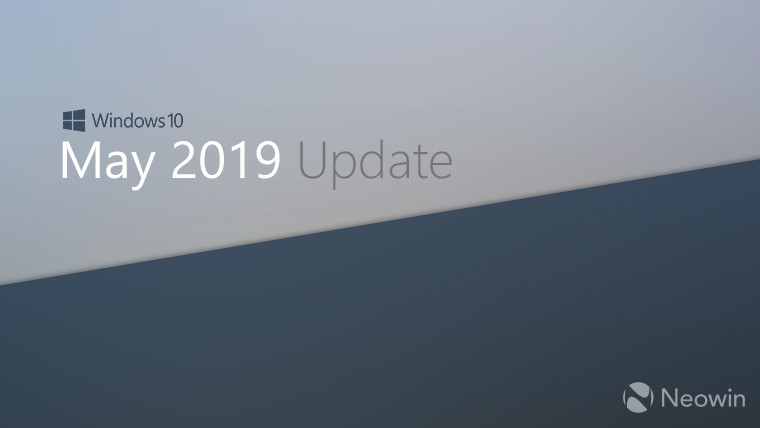 Nearly a month ago, Microsoft announced that it was beginning the staging process of automatically upgrading users from Windows 10 version 1803 to version 1903. Today is the day that the automatic updates begin.

Here's how it works. When Microsoft releases Windows 10 feature updates now, it doesn't force them on you anymore. You'll be given an option to download and install the update via Windows Update, and if you ignore it, it doesn't install. The only time that the firm will automatically update your machine to a feature update is if your current version is nearing the end of support.

And that scenario applies to Windows 10 version 1803, which will no longer be supported after November 12. Naturally, Microsoft wants those users to be on a newer version after support ends. This is important, because according to the latest AdDuplex report, 58% of all Windows 10 users are still on version 1803. Few users have taken the time to upgrade to 1809 or 1903.

According to Microsoft though, you'll still be able to pause the update for up to 35 days, and this applies to both Windows 10 Home and Pro users. This is something that you'll want to turn on if you don't want to get version 1903 right away.