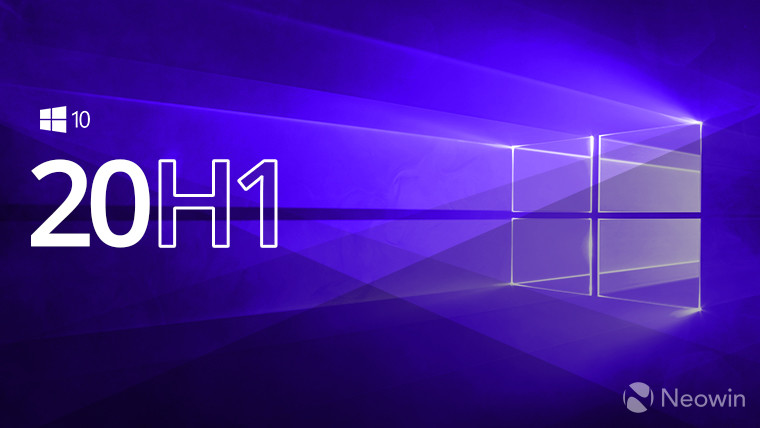 Two weeks ago, Microsoft surprised everyone by releasing a preview for Windows 10 20H1 to the Skip Ahead subset of the Fast ring. The reason it was so surprising was because the firm skipped over 19H2, something that it's never done before. Typically, Skip Ahead is for the next version of Windows, not the one after that.

This sparked lots of theories, even though members of the Insider team like Brandon LeBlanc were all pretty straightforward about what was happening. One theory was that Microsoft has something super-secret in 19H2 that it doesn't want to get out until it can announce it publicly. Another theory was that the company is switching to one update per year, and despite the fact that it explicitly said that 19H2 is coming to the Fast ring this spring, that it actually wasn't coming at all. And yet another theory was that Microsoft will be packing big features into its spring feature update while the fall update would be focused on quality, a theory that actually made some sense since the fall update is the one that's supported for 30 months for businesses.

As it turns out, it's just not that deep, according to a new report from ZDNet's Mary Jo Foley. Last spring, Windows chief Terry Myerson left the company and Windows was moved under Azure. Now, we're starting to see the results of that.

The core of Microsoft's Azure platform runs on a custom version of Windows Server, which is apparently pretty old. While the team behind the Windows core, or OneCore, has been focusing on client, Xbox, and Server, it's now focusing on the needs of Azure. This will be happening starting with the next big update to the core.

Windows 10 19H1, which is currently being finalized for release this April, is built on the December core update, and 19H2 will be built directly on top of that. 20H1 will be build on the next big core update, hence the need for a "longer lead time" - as Microsoft put it - and more testing by Insiders.

As was previously reported, the codename for the next update to the Windows 10 core was to be Vanadium, followed by Vibranium. With 19H2 being built on top of 19H1, it seems that Microsoft will be skipping Vanadium completely and working on Vibranium, which 20H1 should be built on top of.

One more thing noted in the report is that Microsoft still plans on doing two Windows 10 updates per year, which isn't surprising since it lines up with Office 365, and it makes sense for the firm's combined Microsoft 365 offering. And as it turns out, it was never the plan for the spring update to be the major one and the fall update to be about quality.