Microsoft Teams is one of the most used online collaboration tools in workplaces, especially those practising a hybrid or online-only model. As such, Microsoft regularly makes improvements to the software, while also adding new features. Now, the firm has detailed a new initiative powered by artificial intelligence (AI) to make Teams calls sound better, especially in poor network conditions. 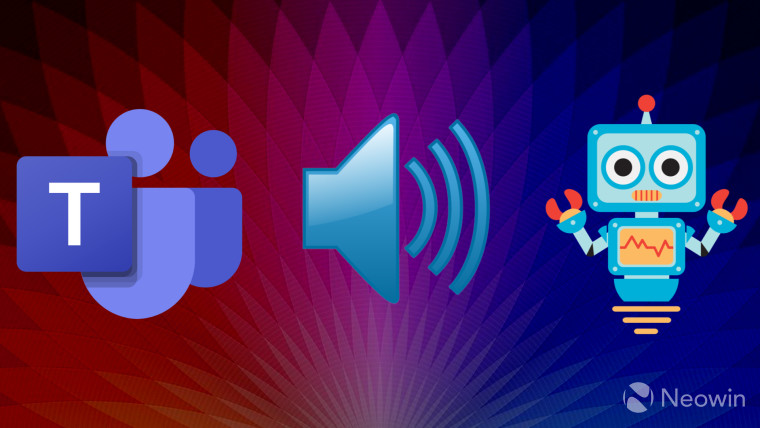 For those unaware, your audio content in a Teams call is sent through what are essentially "packets" of data. And these packets can get lost due to poor internet connectivity, resulting in the audio being distorted.

While Microsoft can't really fix your internet connectivity problems, what it does in Teams instead is leverage a technique called Packet Loss Concealment (PLC) to artificially make your voice sound better in challenging network environments. At a very high level, PLC uses an AI model to identify the missing packets in your audio transmission and then fill any voids through predictions.

Microsoft has outlined an example of this and while the difference is quite subtle, it's certainly there. Check out the company's sample audio without PLC applied:

And this is what the same audio sounds like after PLC is applied:

Microsoft says that it used deep learning techniques to accomplish this improvement. It claims that while traditional models can fill gaps of 20-40 milliseconds, its PLC model for Teams is significantly better because it can fill audio voids of up to 80 milliseconds.

Although Microsoft trained its PLC model on 600 hours of open-source data, what's fascinating is that it also collected "millions of anonymous network samples", or what it refers to as "traces" from real Teams calls to test its model. Following the release of the PLC model, participants with poor network conditions reported about a 15% improvement.

Microsoft has emphasized that its Teams PLC model runs completely locally, and only when there is poor network quality. It has recently become available for Windows customers, testing is currently ongoing on Mac, and it's coming to mobile pretty soon too.