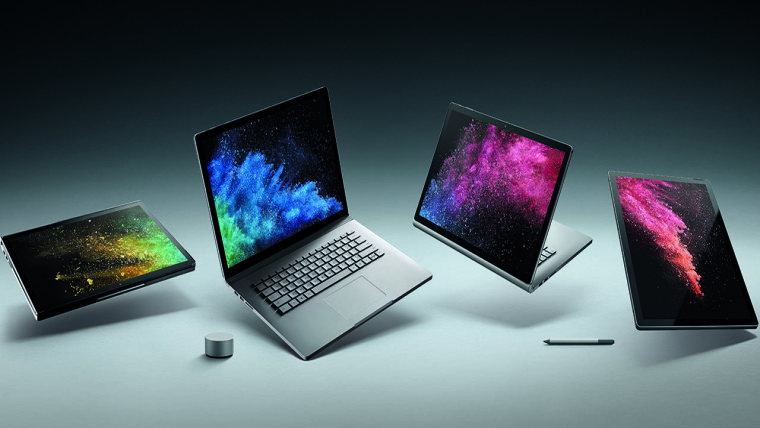 It has been a war of words between Consumer Reports and Microsoft over the Surface laptops. After the publication again refused to recommend the new Surface Book 2 because of reliability issues within the company's line of electronics, Microsoft has responded, saying each new generation is becoming more reliable than ever.

"One of the things you're seeing is the reliability of our products over time, with every generation getting better and better and better," Ryan Gavin, general manager for Surface, told ZDNet. He said newer devices have "incidents per device of less than 0.001%."

That goes heavily against the Consumer Reports statement that out of 90,000 laptop and tablet users surveyed, the publication found that almost 25 percent of the Surface owners will start experiencing problems by the end of the second year of ownership. It also found driver issues in the Surface Pro 4, while the first Surface book had several issues of its own. For that reason, it pulled its recommendation for Microsoft devices, and refused to change it even with the release of the Surface Book 2.

But Gavin blasted Consumer Reports' methods as not conducive to the electronics field.

"We thought it was unfortunate the report that Consumer Reports put out, partly used the methodology that is consistent with how you evaluate home appliances and applied it to laptops," he said. "That would be like [asking] 'Has your dishwasher behaved unexpectedly in the past two years?' and if the answer was 'Yes', you'd be deemed unreliable."

Gavin went on to say that internal data and their contacts with customers paints a different picture.

"What we hear from our customers, however, and from the telemetry data that our customers want to share with us, is that Surface devices have never been more reliable and with every generation we release they get increasingly so," he said.

While Gavin's figures can't be independently confirmed, it should be noted that he is talking only about the Surface line of products, particularly newer ones. Consumer Reports' survey covered a broader range of products and models beyond just the Surface.

Corporate VP Panos Panay said in a leaked memo back in August that the company had "worked tirelessly" to improve its subsequent devices, including the Surface Laptop, Surface Studio, and newer iterations of the Surface Pro.