Progressive Web Apps (PWAs) have been an area of interest for Microsoft for a while now. Though the company has been talking about PWAs, recent efforts to increase adoption and discoverability include working to bring PWAs to the Microsoft Store on Windows 10 with the spring update. PWAs could very well replace native apps for the most part, where native OS capabilities are not critical to the app. One such app that we knew would make it to the Store was Microsoft’s own Teams.

Microsoft’s Slack competitor, Teams, has been available for a year, and as part of its one-year anniversary, the company outlined through an announcement the various features coming to the app through the course of 2018. In the announcement, the firm announced that 200,000 organizations used Teams across 181 markets. With Teams increasingly gaining popularity in the enterprise, a possible freemium model for the app on the horizon, and the lack of a Microsoft Store app in spite of the company doubling down on ‘S Mode’ for Windows, it isn’t a better time for the app to make it to the Microsoft Store.

Today, a report from Petri suggests that an Alpha version of the 'Teams' Progressive Web App is being tested via the Microsoft Store with a small group of users, based on several sources that are using the app. However, per the report, the early Alpha of the app seems to have rough edges and needs to be worked upon before it is released to the general public. Also, Microsoft is calling the app a Hosted Web App (HWA), which seems to be Microsoft’s way of identifying PWAs in the Store. 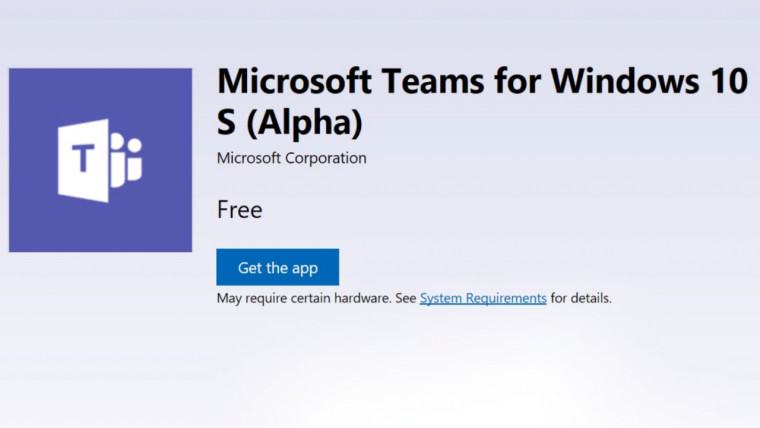 The current Electron implementation of Teams isn’t available in the Microsoft Store, but if all goes well, it would not be surprising to see the PWA version of Teams replace its desktop counterpart and/or co-exist with it till feature parity is achieved.

PWAs can run on any device that is running the EdgeHTML 17 rendering engine in Edge that will ship with the next major update to Windows 10. With features like push notifications, service workers and more, PWAs provide an interesting look at how future cross-platform apps would look like.

It is interesting to see how the company’s efforts pan out. There is no information on when the app would be made available to the general public, but it is safe to believe that it will be sooner rather than later.