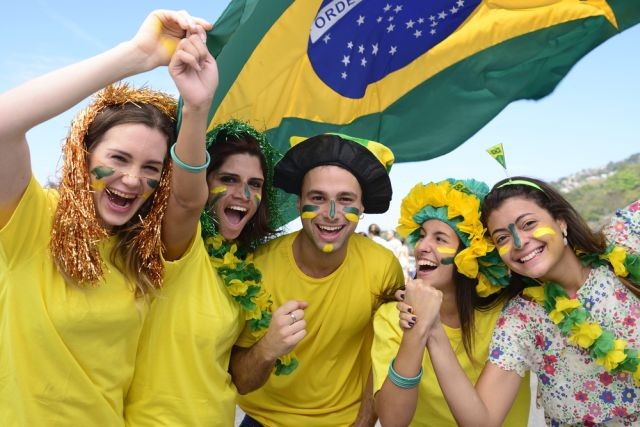 These Brazil soccer fans might be happy with the 2014 World Cup results, according to Rothschild.

Earlier this year, Microsoft Research employee David Rothschild teamed up with Office to create an Excel app for predicting the winners of the 2013 Academy Awards. In the end, based on examining tons of data, Rothschild was able to correctly determine the winners of 19 of the 24 Oscar categories.

Today, Microsoft posted a new interview with Rothschild where he talks about his methods of gathering and interpreting data in order to predict the outcome of events such as the 2014 Super Bowl and World Cup. Rothschild claims he never makes any predictions from his gut. He states:

I use a lot of publicly available data – gambling markets, polls, social media data and other online data. But I’m also lucky to have access to a large treasure trove of historical data at Microsoft that I use in order to understand the correlation between different inputs and outputs, things that we care about, as well as an infrastructure that allows me to gather that data continuously and continuously update it. I really owe a lot to Microsoft and my colleagues.

You can check out his current forecast of many major 2014 events on his PredictWise website. For example, his data claims that the Seattle Seahawks have a 27.7 percent chance to win Super Bowl 2014, followed closely by the Denver Broncos at 21.3 percent. For the 2014 World Cup, Brazil is leading the pack with a 22.5 percent chance of winning.

The site even includes a prediction of who will win the 2016 U.S. Presidential election. At the moment, Rothschild's data shows that Hillary Clinton is by far the biggest front runner with a 32 percent chance of becoming the first woman to hold the office. Rothschild says, "Should she run, Hillary Clinton has an extremely high likelihood of victory. The election looks very different with and without Hillary Clinton in the race."