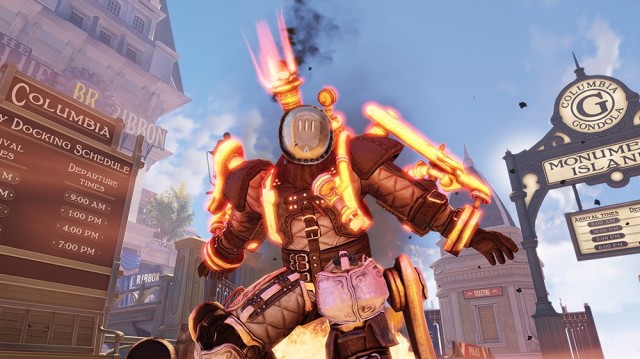 The Xbox 360 downloadable version of one of the best games of 2013, Bioshock Infinite, is now on sale as part of the Countdown to 2014 event.

Microsoft is giving Xbox 360 owners a chance to save a bunch of money on quite a few downloadable games from now until the end of the year. Today, the company launched its Countdown to 2014 sales event with a group of discounted games along with deals that will appear for one day only from now until December 31st.

The Major Nelson website has the details on the games that are a part of the sale. They include a group of Games on Demand, XBLA titles and add-ons that will be discounted from now until December 23rd. The prices shown are for the U.S. market but the sale is for all of the markets where the Xbox 360 is sold.

In addition, today's daily deal is for Borderlands 2 which can be downloaded for $7.49. You can also get the Season Pass for the game's DLC content for $20.09 today only and several add-ons are 50 percent off. Wednesday's daily deal will be for Terraria.