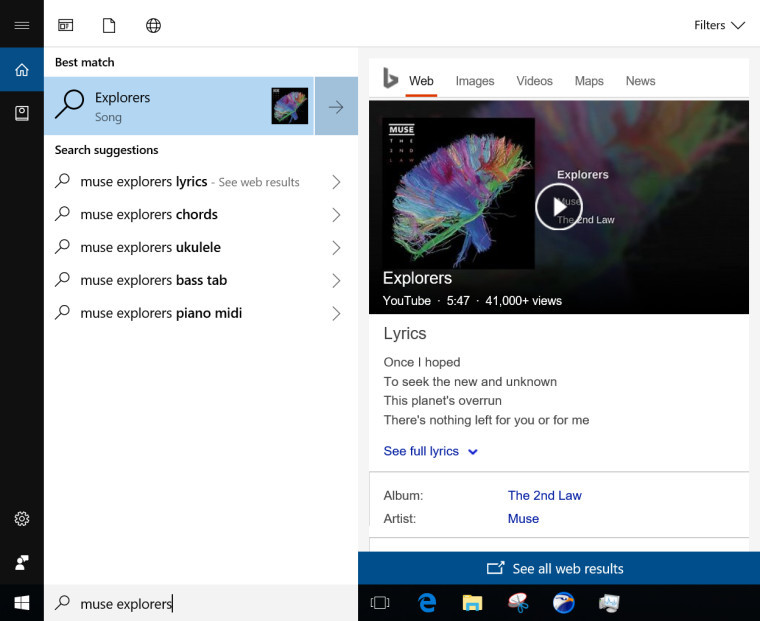 Microsoft's integration of Cortana with the Windows 10 desktop brings a lot of functionality to the taskbar, enabling you to look at your daily agenda or shout out voice commands quickly. One feature that is included with Cortana but often feels clunky is searching the web, though Microsoft seems to be in the process of testing an update that may change all that.

Currently, any search results displayed by Cortana still require you to open them in Edge. As such, one could simply forego typing in their search query for Cortana and go to the browser directly. With the updated UI, however, Microsoft is toying with the idea of a dual-pane system, where a simple click could allow you to expand on the search result via Bing and see the relevant information from the desktop itself. 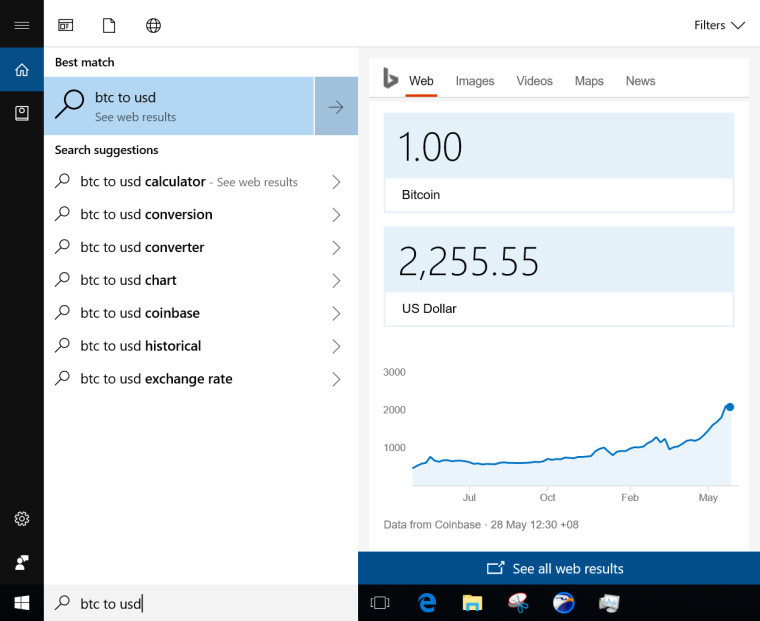 Not only does this allow you to check for things like currency conversions and other queries without opening a browser, the new pane also seems to incorporate the different tabs found on the Bing search engine, enabling you to go through images and videos at a quick glance.

The update is currently under testing and while one Reddit user was able to get his hands on it and share the new UI with the rest of the world, it's unlikely that most others will be seeing the new UI for some time. It's also possible that Microsoft may simply decide to shelve the idea altogether as there's no official word from Microsoft on when, let alone if, they'll make it available to the wider audience.