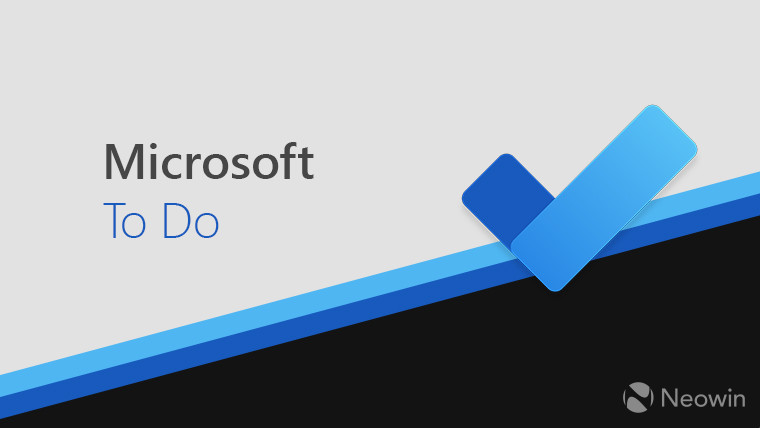 Microsoft has released a new update for the To Do app for Windows 10 and iOS users. The firm has updated the Windows 10 app with new features, while the iOS app has been updated with bug fixes and improvements to the VoiceOver experience. The Windows 10 app now supports Planner’s Front-Line Worker task flows as well as improves the narrator announcements. Here's the full changelog for the update:

Here's the full changelog for the iOS version:

Earlier this month, Microsoft updated the To Do app for Android users as well. The new update brought an improved widget to show overdue tasks and also fixed some bugs. Here's the full changelog for the update:

Microsoft has been updating the To Do app frequently with new features and improvements. Earlier this month, the iOS app was updated with the new planned view and the ability to sort both completed and current tasks. Last month, Microsoft released a major update for the To Do app for Windows 10, Android and iOS users. The update brought new features including updated today and week view, ability to print lists, and more.