As promised, Microsoft's Windows Phone leader Joe Belfiore held a Reddit AMA session today and chatted about the company's plans for the mobile OS. One question about the lack of major apps for Windows Phone did yield some info from Belfiore about big updates in the works for the Skype and Facebook apps. 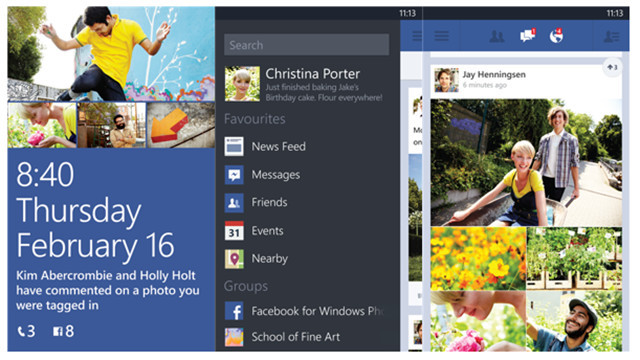 Belfiore stated that he and the Windows Phone team are currently testing an upcoming version of the Skype app "and it certainly helps with perf-- we'll keep going." He also offered up some details about what will be included in a new version of the Facebook app that is currently targeted for release in June. Belfiore said, " ... this update brings improvements to perf, having full-width photos in the newsfeed, and seeing photos & comments at the same time."

Belfiore also addressed the current "app gap" that Windows Phone has with iOS and Android. He said there is "no silver bullet" in trying to deal with this issue but he does feel that Microsoft has made progress on this front. He added:

We (and not just we.. I) are visiting ISVs, looking for ideas that can help them grow their volume and user engagement, providing them with funding and development help - and in some cases we are even using our own team/devs to write apps ourselves.

Microsoft is still mostly focused on getting key apps to come to Windows Phone, although Belfiore did state that a little more attention is being put on improving the ones that are currently on the OS. In response to another Reddit AMA question, he did say that getting Google's major apps for Windows Phone is high on their "want list." However, he added, "Unfortunately, the apps are Google's and I can't say when they will act. Only our friends in Mountain View know timing. You should ping them! (often!)."