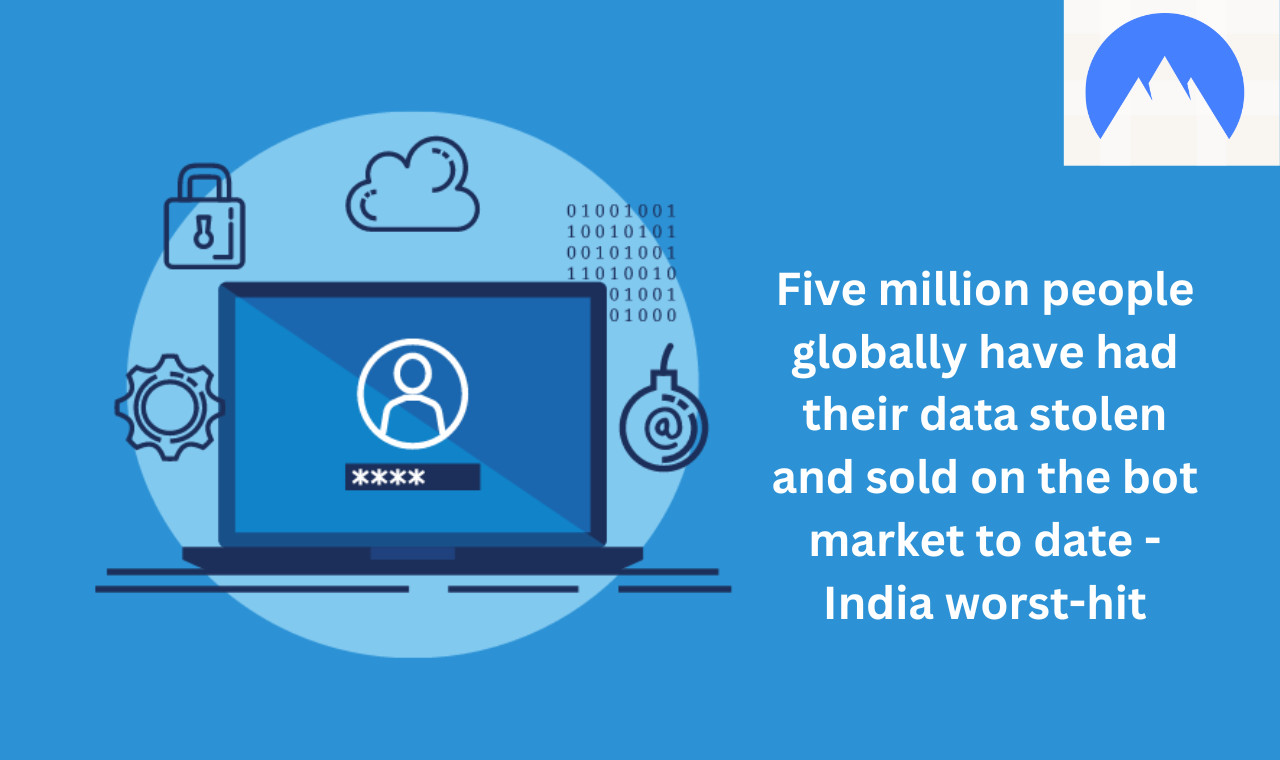 With the rise of cybercrime, everyone around the world is vulnerable to data theft. Last month, phone numbers of around half a billion Whatsapp users globally went up for sale. Last week, Medibank hackers released customer data onto the dark web while in 2020, a leaker posted confidential Intel Intellectual property to the web.

Now, according to a study by NordVPN, of Lithuania's Nord Security, nearly five million people across the globe have had their data stolen and sold on the bot market to date. Of the five million, 600,000 impacted are from India. This makes India the worst-hit country of all dealing with data theft. The average price for the digital identity was set at 490 Indian rupees, equaling $5.95.

What makes bot markets different from other dark web markets is that they are able to get large amounts of data about one person in one place.

And after the bot is sold, they guarantee the buyer that the victim's information will be updated as long as their device is infected by the bot.

Bot markets were launched in 2018 and have been used by hackers ever since to sell data from victims' devices with bot malware. The three major bot markets the study looked into included the Genesis market, the Russian Market, and 2Easy.