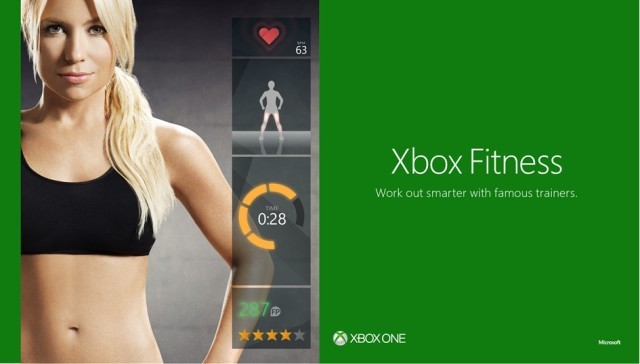 Microsoft has offered the Xbox Fitness service to Xbox One owners since the launch of the console in late November. This week, the company revealed that the online service could be expanded to other Microsoft-based platforms.

In an interview with Polygon, Dave McCarthy, the general manager for Lifestyle Entertainment at Microsoft Studios, stated:

I don't know what the specific form of it (sic) will take right now, but we're definitely looking at phones, looking at tablets, looking at PCs and figuring out how we provide a consistent user experience across our devices.

Users of the Xbox One version of Xbox Fitness have run nearly 1.5 million virtual workouts since the console launched in November, according to McCarthy. It offers a number of video exercises that feature several well known fitness instructors. The console's Kinect sensor is also used in Xbox Fitness to keep track of the user's progress and make sure they are doing the exercises correctly.

At the moment, Xbox Fitness is available for free for paid members of Xbox Live Gold, although Microsoft will add an additional monthly charge to access the service early next year. While some of the video classes are available for free as well, others have prices up to $30 to download. McCarthy would not reveal just how much revenue Xbox Fitness has generated for Microsoft.

He did state that the largest demographic group for the service is in their early 20s to early 30s. More exclusive content for Xbox Fitness is in the works, including new videos from instructor Tracy Anderson.