Microsoft launched its expensive Surface Hub Windows 10 device back in January 2015, but didn't begin shipping it until much later in March 2016. The gigantic device - which comes in display sizes of 55" ($6,999) and 84" ($19,999) - is primarily targeted at businesses for easier and more interactive communication.

Fast forward to March 2018, and it appears that company is looking to launch a successor to the Surface Hub. 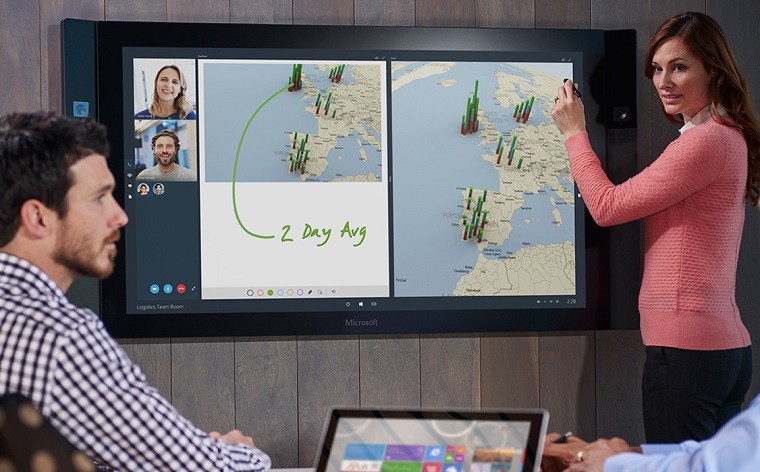 Thurrott reports that the "Surface Hub 2" is being developed under the codename "Aruba", and that Microsoft plans to announce it in the first half of this year. Although detailed specifications are currently unknown, expect to see improved hardware and new software features; the latter of which will also be brought to the original Surface Hub through an update.

Surface Hub created an entirely new device category and we’re thrilled with the strong momentum we have seen across the globe. We’re working on V2 and will share more in the first half of this year.

While the original Surface Hub targeted a niche market, Microsoft reported in December 2016 that the device's demand had exceeded the company's expectations and that it had been sold to 2,000 unique customers. In 2017, it also announced that there was a "huge demand" for the Surface Hub in the UK, but didn't release exact figures. It will be interesting to see if the next iteration of the Surface Hub enjoys similar success.