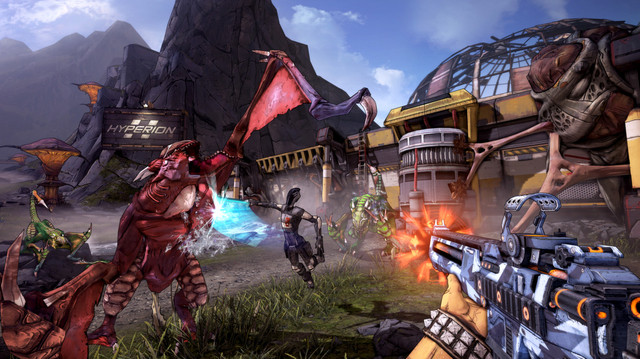 Borderlands 2 for the Xbox 360 can be bought and downloaded for just $9.99 today only.

This past weekend, Microsoft teased Xbox 360 owners with a list of the 32 games that will be a part of this week's Xbox Live Ultimate Game Sale. Today, the sale begins with a list of 11 games that have deep price cuts all week, along with daily sales for several more titles.

The Major Nelson site has the details on today's Xbox 360 game sales. From now until the end of Tuesday, Borderlands 2 will be priced at just $9.99 when bought and downloaded via Games on Demand. Max Payne 3 will also have a price of $9.99 for today only, while Assassin's Creed 3 will be sold for just $14.99. Finally, you can buy and download Far Cry 3 for today only for just $19.99.

In addition, 11 games will have the following prices on Xbox 360 Games on Demand from now until July 8th:

Again, keep in mind that other unnamed Xbox 360 games will go on sale via Games on Demand Wednesday, Thursday and Friday but those sales will finish at the end of each day.