First announced back in October, the most exciting thing about the new Moto 360 is probably, well, the brand. After all, the original Moto 360 is an iconic smartwatch, originally from the early days of Android Wear.

But after making a second generation of the device, Motorola announced that it would no longer be making wearables in late 2016. So where did the new Moto 360 come from? A company called eBuyNow licensed the brand, and breathed new life into it.

Of course, it's not quite the same, nor is the Wear OS market. Back in 2014 when Android Wear launched, there were only three devices: the Moto 360, the LG G Watch, and the Samsung Gear Live. The Moto 360 was the only one with a circular watch face. Now, all Wear OS devices are round, and some of them are pretty beautiful. There's a lot more for eBuyNow to compete with now than Motorola had back in 2014.

I noted that the brand is one of the most interesting things with the new Moto 360, because not only is eBuyNow competing with beautiful devices like the Fossil Gen 5 Smartwatch, but it's also competing with the Moto 360's own legacy. Let's take a look at that.

This photo was taken back in 2014, and man, that original Moto 360 and Moto X was a winning combo. That smartwatch had the narrowest bezels of its time, and there probably hasn't been a smartwatch made since with bezels so small. This resulted in a problem though, which is the "flat tire" effect. You can see from the image that Motorola couldn't fill out the whole display, and there's a black spot on the bottom. But it didn't even matter; that device was gorgeous. 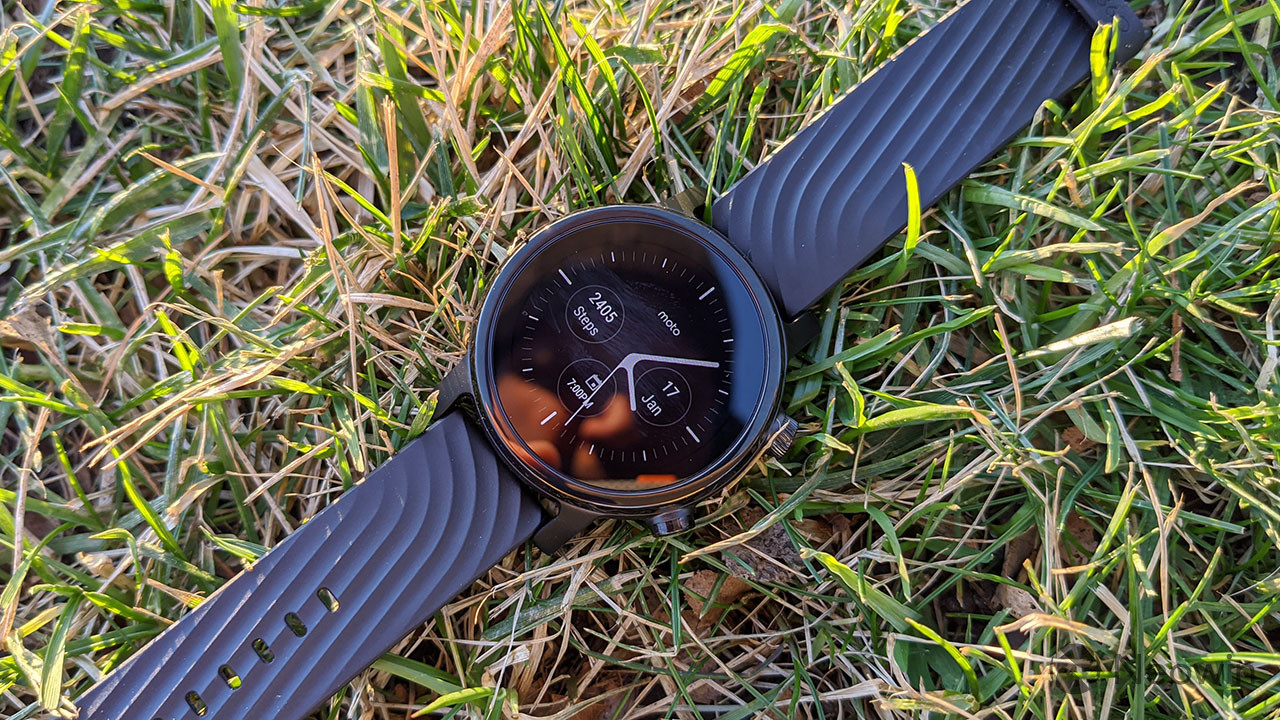 I do think that when we hear that there's a new Moto 360, we were hoping for the same device as before, but with updated specs and the newest Wear OS software. This is not that. The bezels on the third-generation Moto 360 aren't as small, and the design isn't as minimal.

In fact, aside from a few callbacks, there really aren't many similarities other than the brand. But don't worry, as that brand does still stand for style and beauty. 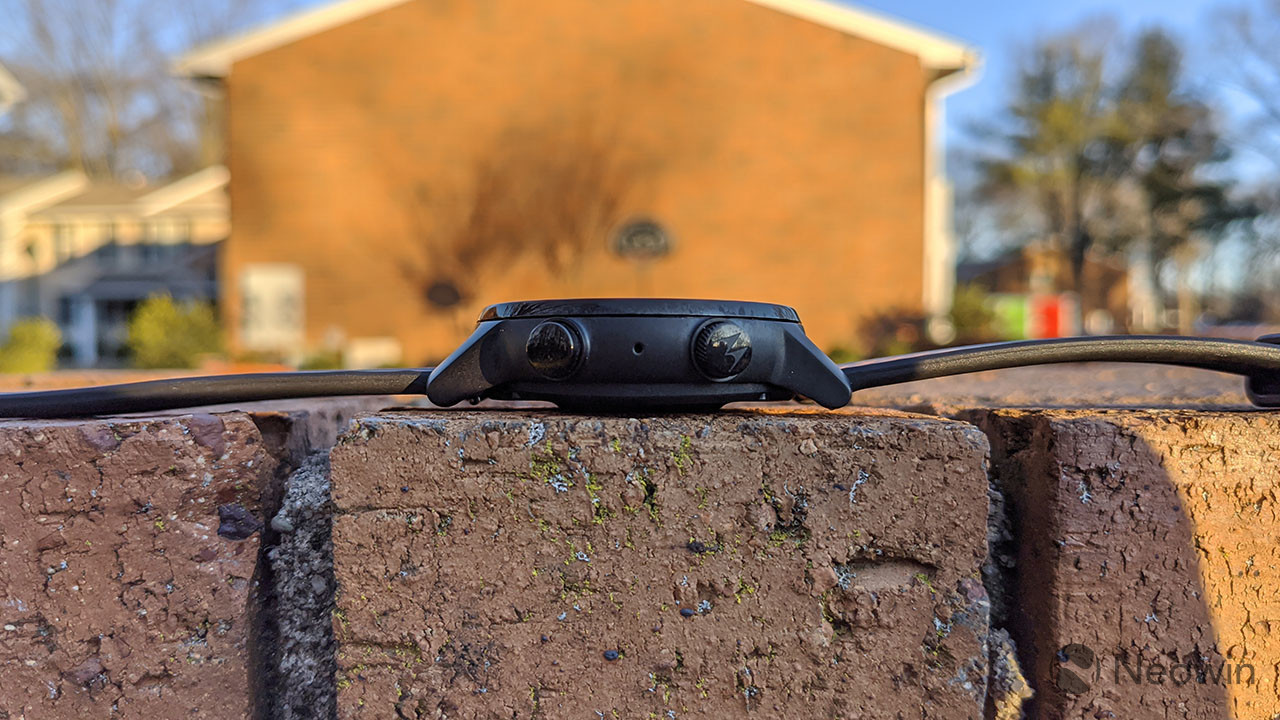 The Moto 360 has curved sides with two buttons, instead of the previous one button. The extra button is no surprise though, as there's additional functionality that came along in Wear OS 2.0. This model comes in Phantom Black, although there's also Steel Grey and Rose Gold. 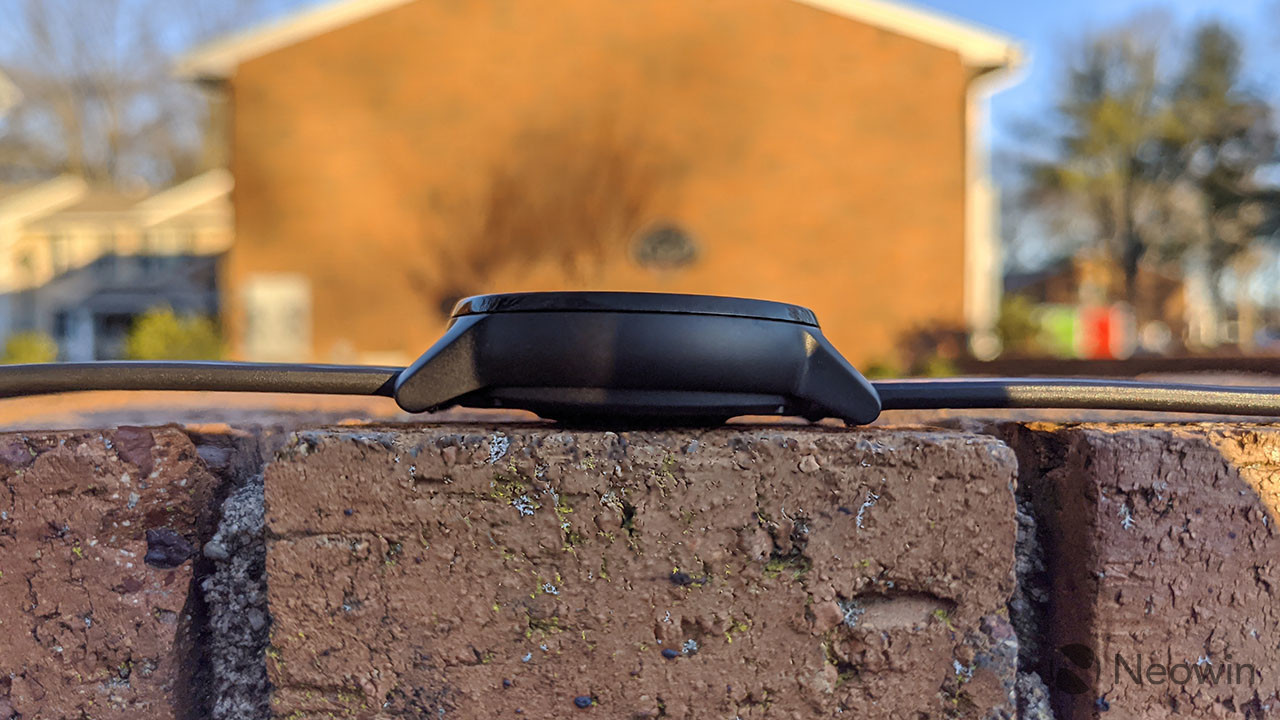 This is a better look at the chassis. Gone is the angled top or the flatter sides. 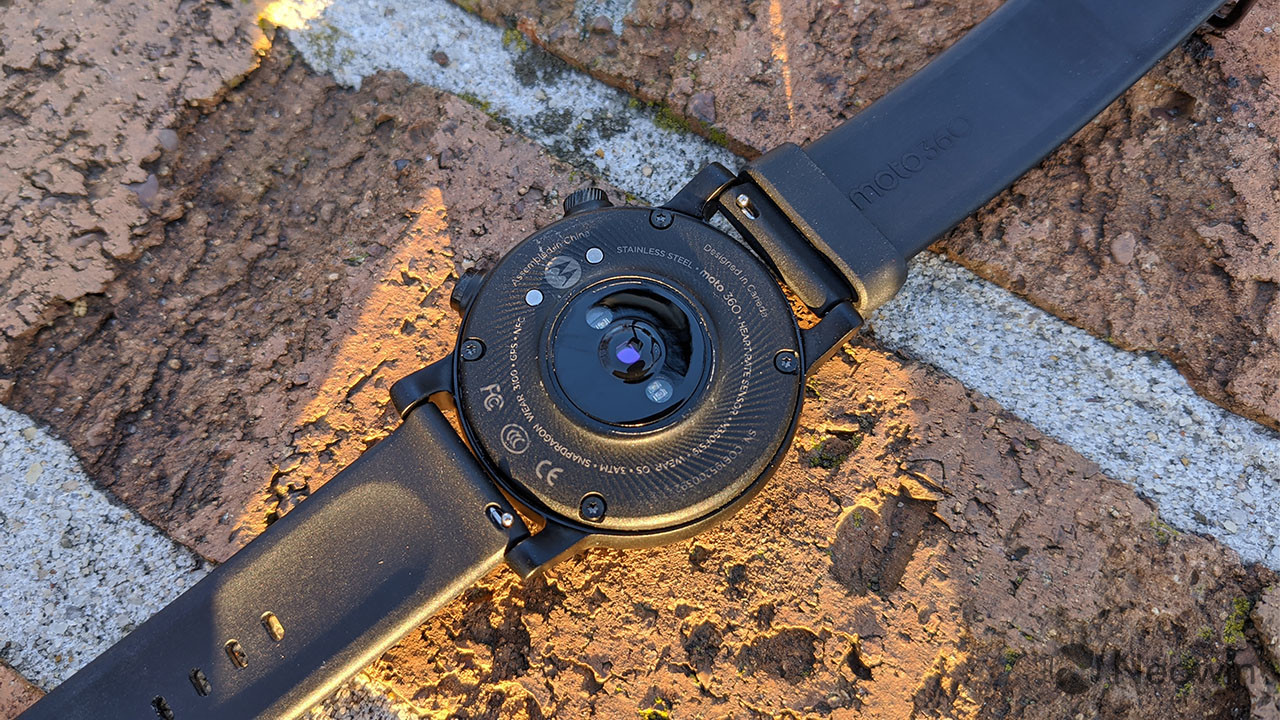 The new Moto 360 uses two pins for charging, something that I'm not a fan of. After wearing this day after day, those pins will get dirty, and you'll have to clean them. The original Moto 360 came with a wireless charging dock, so it didn't have that problem.

One callback though is that the charger is designed to you can't lay the watch down flat, and while it's charging, it will show you the time. That's something that the old model used to do when it was on the dock, and I appreciate that. 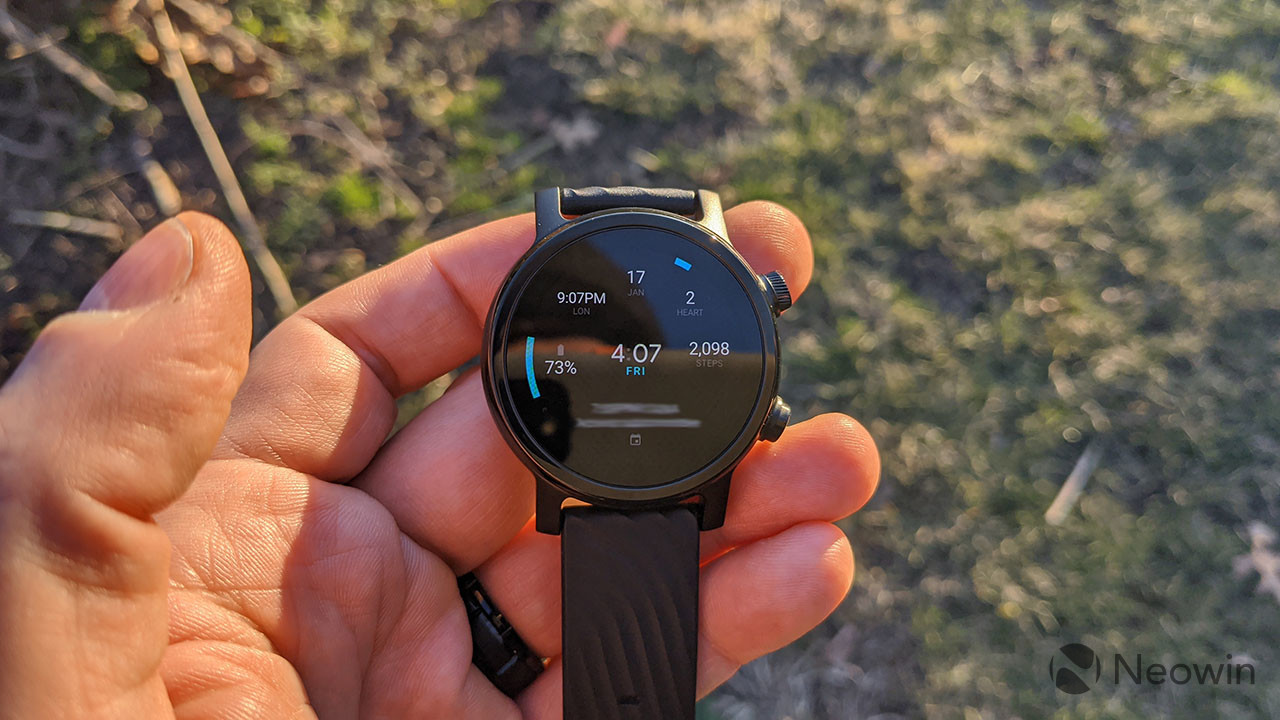 The display is AMOLED, which means that you do get vibrant colors. You also get true blacks, and it's no mistake that most of the backgrounds in Wear OS, or any smartwatch platform, are black. With AMOLED, it's hard to see where the screen ends and the bezels begin. It sort of provides an illusion of a narrower bezel than what you actually have.

So here's the deal. eBuyNow licensed this brand because it will sell a heck of a lot more than if it went with an unknown brand, and that's fine. I'm comparing it to the original Moto 360 a lot because of the name, and there are expectations set by that name. But if you buy this watch, you should buy it based on its own merits, and how it stands up to the rest of the market. It does that well. It's a beautiful device in a stainless steel chassis with an AMOLED display, so it's up there with the best of them.

While the Wear OS market has come a very long way since the old days of 2014, the OS itself still feels very much like a square peg in a round hole. Frankly, I'm not sure that that will ever change, as no one has ever demonstrated that there's any better way to display information than on a rectangular screen.

Wear OS is the best of a bad situation. It's the only true smartwatch platform that OEMs can license, and that's really all there is to it. What's great about it though, is that you can use it with both iOS and Android. It as a standalone Google Play Store that downloads standalone apps, so there are minimal drawbacks to using Google's platform with an iPhone.

I paired the Moto 360 with an iPhone for most of the time that I was testing it, and as usual, there weren't any features missing that I actually use when paired with Android. The only thing I wasn't able to do is connect a second Google account, which frankly isn't important. 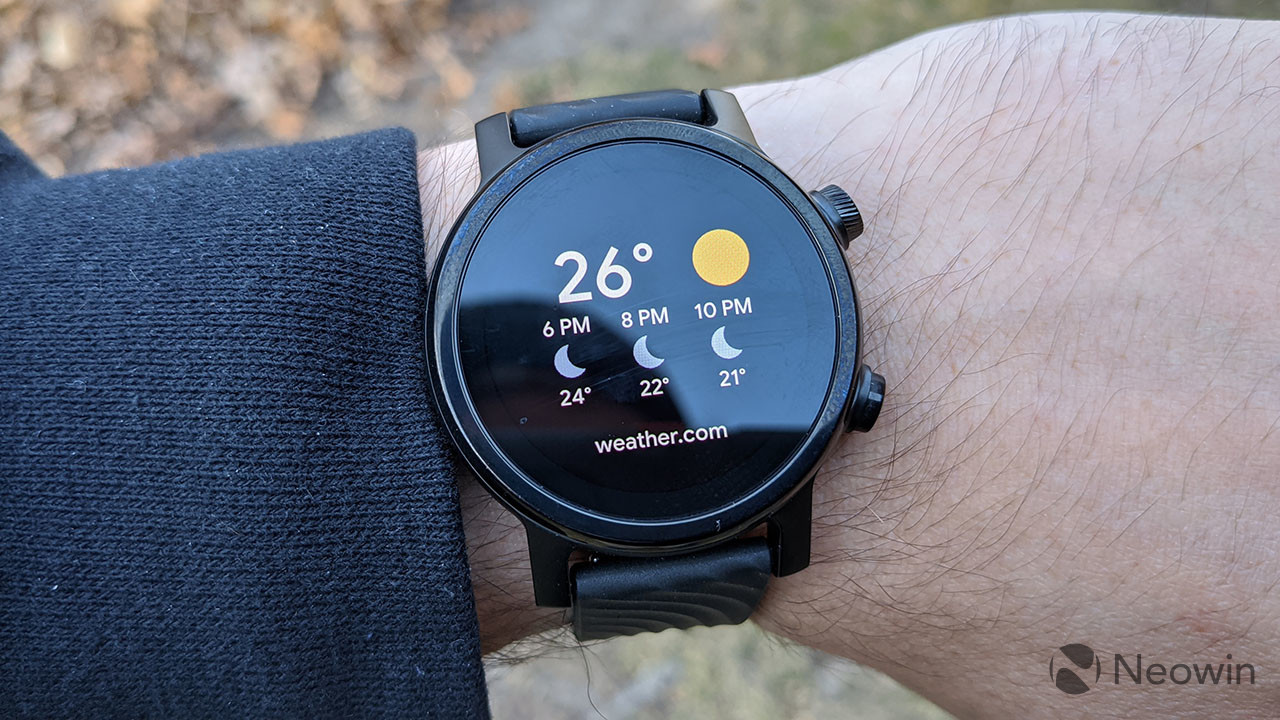 Wear OS hasn't changed much for a while now, but the latest edition to the platform is called Tiles. Tiles replaces Google Fit when you swipe in from the right on the watch face, and they'll give you glances of information. For example, you can see the weather tile above. 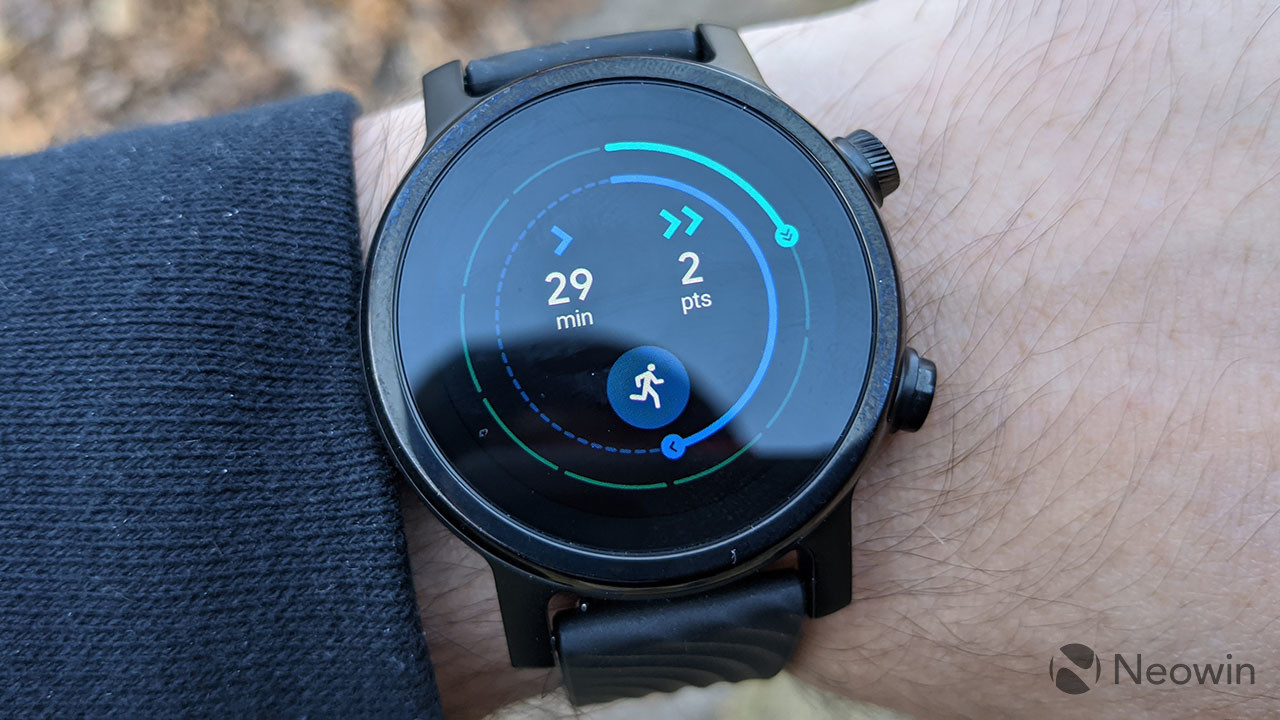 There is, of course, a Google Fit tile as well, so you're not losing the functionality. Also there by default is the Calendar tile, which is the one that I find to be most useful. There are a bunch of others that you can add as well, through the Wear OS app. 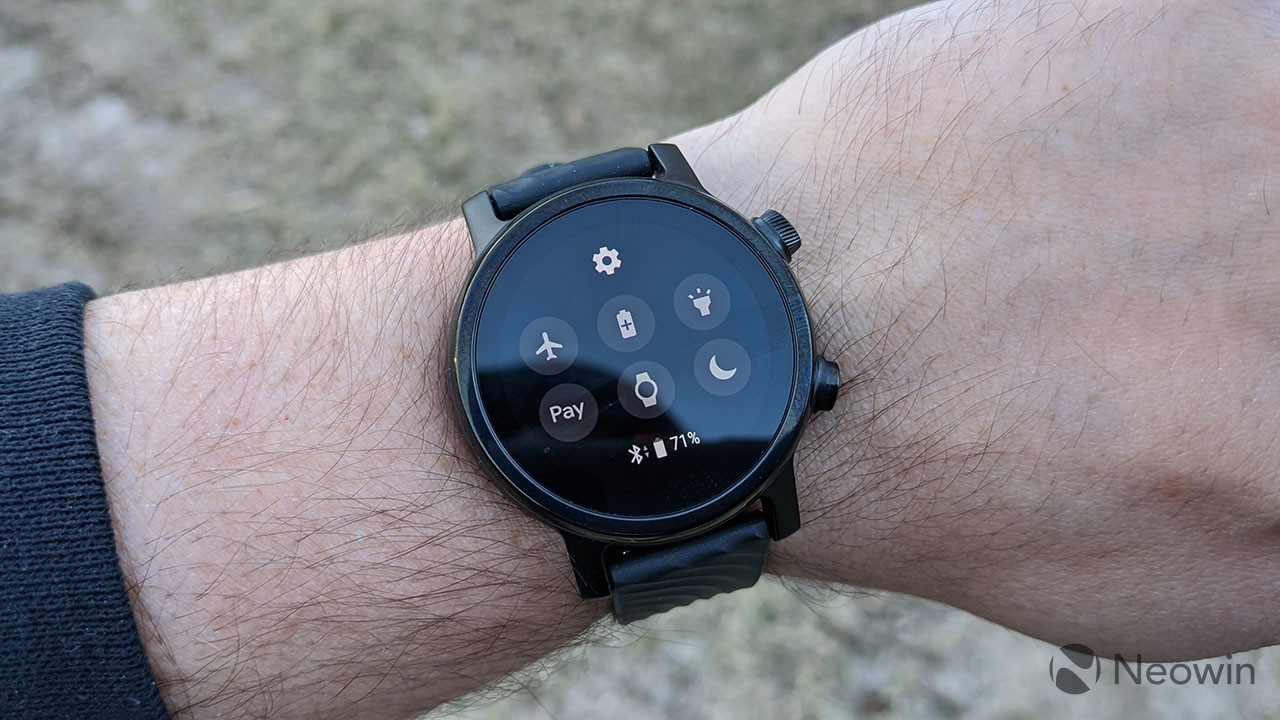 The rest of Wear OS is the same. Swiping down from the top will get you quick settings, and swiping up from the bottom will get you your notifications. Pressing the top button will pull up the app drawer, and the bottom button is Google Fit by default. Swiping in from the left will get you Google Assistant, although I never use it. It still feels weird to me to talk to a watch in public. 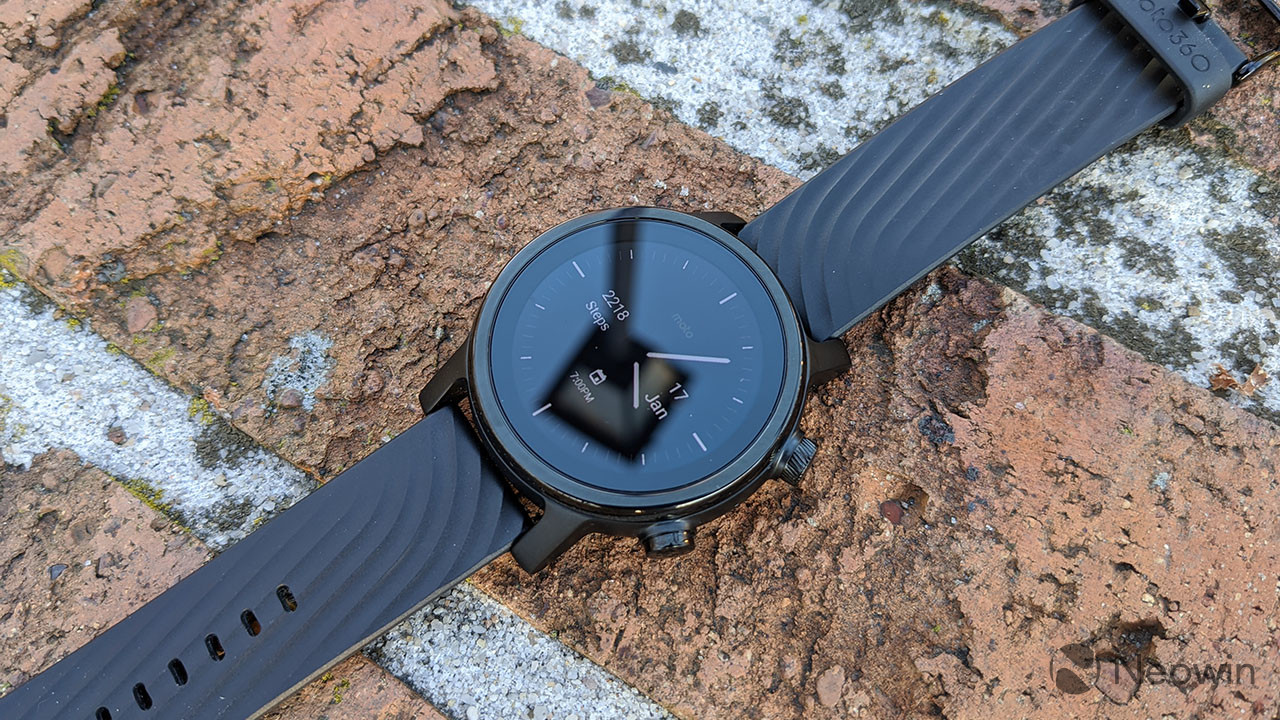 As always, there's an option for an always-on display, something that's been included on Wear OS watches since the very beginning. That way, you don't have to raise your wrist and wake up the device to see the time. The Moto 360 will actually let you have a full-color ambient display, and one wit a moving second-hand. That's actually part of the new power management features of the Snapdragon Wear 3100. Unfortunately, most watch faces are built to be more compatible with older hardware.

Performance and battery life are both solid on the Moto 360. A full day of battery life was never a problem, as I charge it overnight, and was never below 20% when I put it on the charger. I have dealt with smartwatches that can't always make it through the day and it's a real pain.

That also means that there isn't any Wear OS software that's made for anything better. The internals in the Moto 360 are the best that Wear OS has to offer. But like I said, the amount of RAM is what makes the difference. Some smartwatches only have 512MB RAM, and it's not good. 1GB makes for a much more smooth experience.

I did run into one issue though, which was when I was streaming audio from my phone in my car. While using the Moto 360, the audio stuttered quite a bit, making music almost impossible to listen to, at least with a pleasant experience. When using my Apple Watch Series 5, this isn't a problem. I suspect that this is because the Moto 360 uses Bluetooth 4.2, rather than the newer and much more power-efficient Bluetooth 5.0.

But as far as general smartwatch performance, it's great. After all, the thing that you'll mostly be requiring a smartwatch to do is display notifications and the time.

One of the reasons that I dug through photos from 2014 to find images of my old Moto 360 is because I wanted to see just how similar these things are, and they're not. Like I said earlier, if you were hoping for the same device but with updated internals, this isn't it. 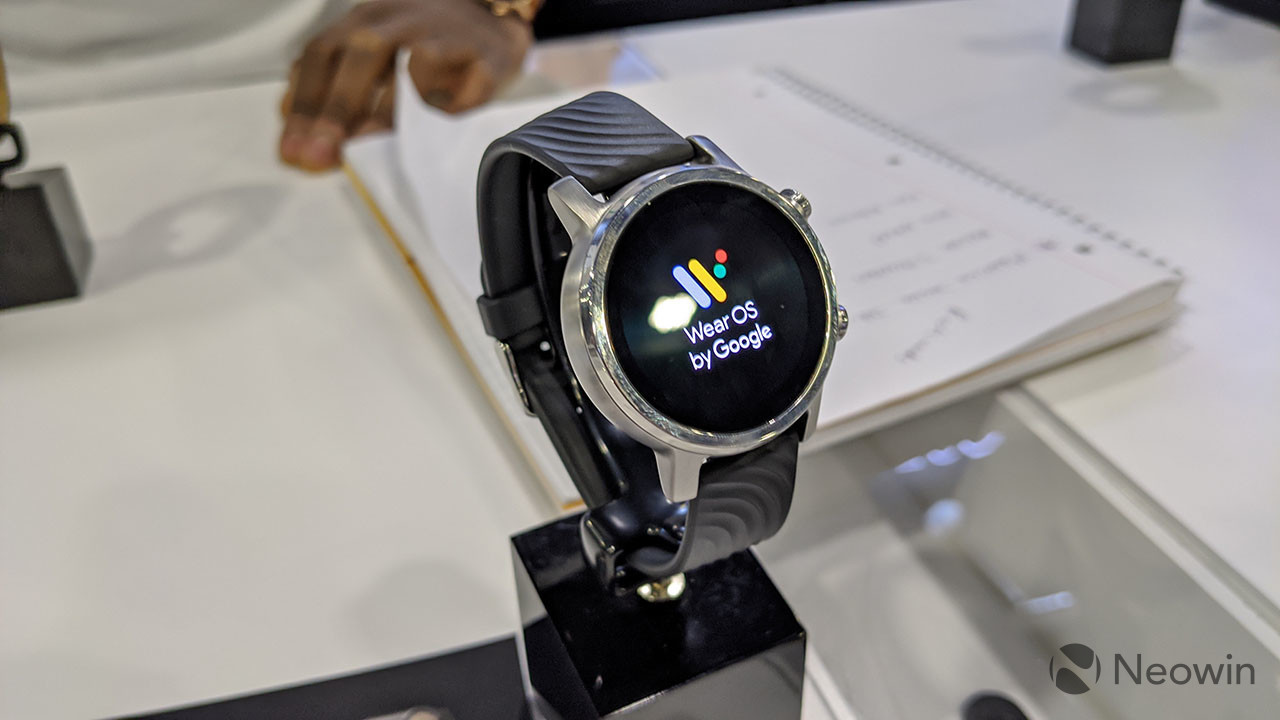 There's also a wide array of Wear OS smartwatches on the market that include the Snapdragon Wear 3100 chipset and 1GB RAM, along with some sort of OLED display. That puts them all on an even playing ground as far as performance and display goes.

The three main things that you can really judge a Wear OS watch on are the design, the price, and the battery life. The design is probably the most important, as a smartwatch is most certainly a fashion accessory. You'll definitely want one that you think looks good, and it's a completely personal decision. For me, I do like the Moto 360.

Price is another issue, as $349 is up there in terms of Wear OS watches, when you can get a Fossil Gen 5 Smartwatch for under $300. Of course, this only applies to Wear OS, as an Apple Watch Series 5 starts at $399.

Battery life is more of a box to check. If it makes it through the day 100% of the time, and most watches do, you're in good shape. The Moto 360 checks that box.

So here's what it comes down to. If you like the design, the Moto 360 is for you. Sure, it's a bit on the pricey side, but that's OK. Look at what's on the market that has a Snapdragon Wear 3100 and 1GB RAM, and then pick the one that looks the best to you. If you land on the Moto 360, buy it. 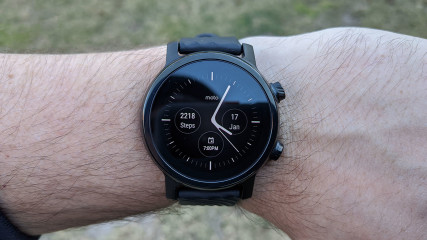 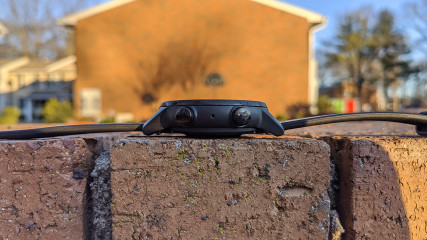 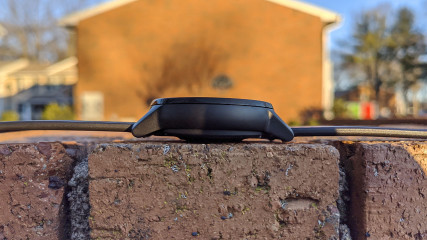 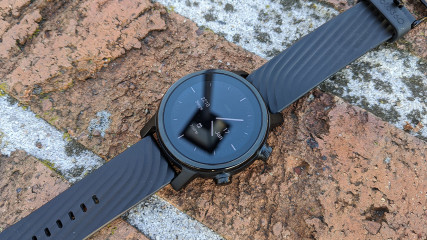 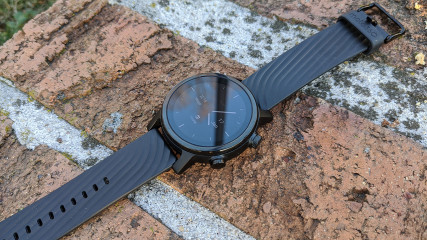 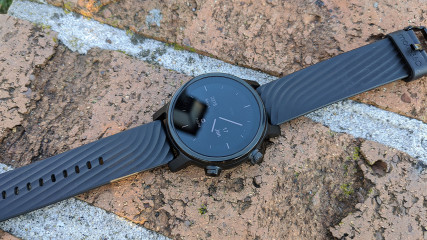 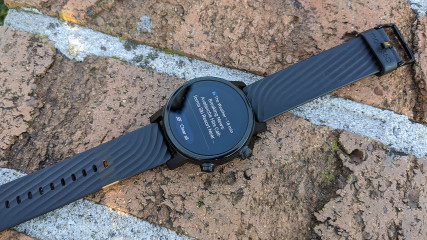 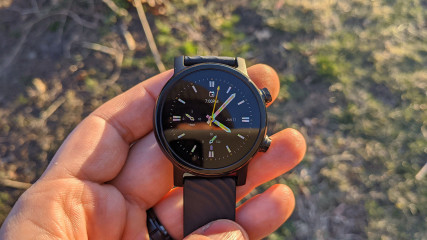 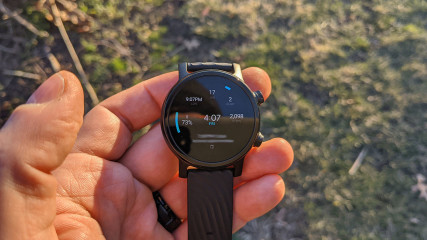 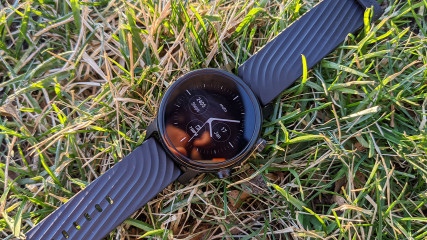 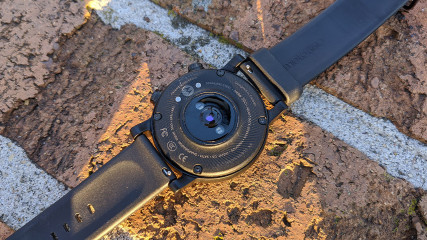 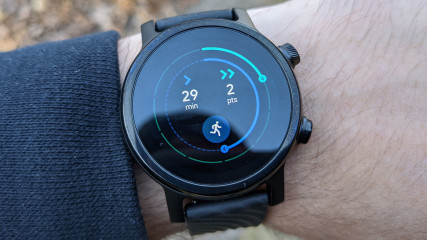 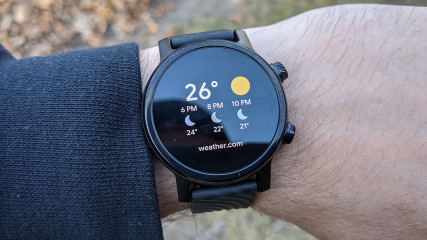 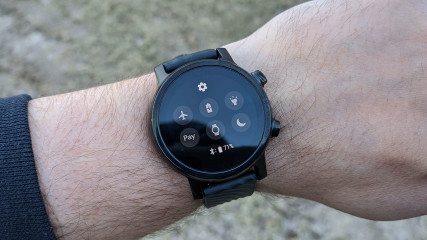