Yesterday, large chunks of the interwebs were sucked into a whirlwind of excitement as tech blogger and Samsung aficionado Eldar Murtazin tweeted what he claimed was a leaked press image showing a new Samsung handset. Eldar’s pic was actually a fake – and not a particularly good one either, as Android Community pointed out – but he maintains that his image still looks like an actual upcoming device.

Another day, another Samsung device leak - but these new images aren't from Eldar, and they appear to depict a very different class of Samsung handset to what we've seen so far. While there’s nothing to corroborate the authenticity of these images yet (the terrible image quality doesn’t exactly help), there’s no denying that they look rather interesting. 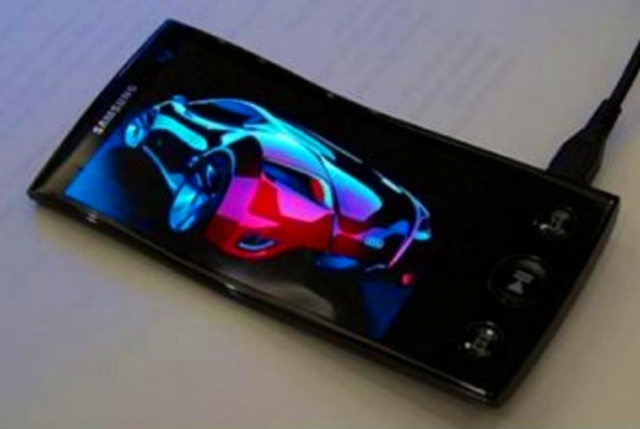 The device clearly carries Samsung branding, but beyond that the images raise more questions than they answer. The site that’s got hold of the photos, XDA.cn, suggests that this might be the new Galaxy S III, but the three large media-control hardware buttons below the screen (note the play/pause button in the centre) may indicate that this is a new dedicated media player device rather than a new phone; your guess is as good as ours as to whether or not that heavily contoured screen would benefit video playback.

A third image shows off the curvaceous shape of the handset more obviously, but the detail is a lot fuzzier. There also appears to have been some effort made to remove some text – possibly a watermark – from across the centre of the image here, possibly including the word ‘Software’ (it’s very difficult to clearly identify on such a low-resolution image).

Note: the red ring was added by XDA.cn to highlight the Samsung branding on the device.

Could this be the Galaxy S III? Or is it a new Samsung media player showcasing innovative display technologies? Could it just be an engineering prototype? Or is it just another fake? And would you even want a device that’s so unusually shaped? Let us know your thoughts on this mystery device below.