The screenshots come from PCBeta (if you couldn’t already tell from the enormous watermarks) and show not only the layout of apps in the store, but also some of the apps that will be available, the app information page and the update system. Below are the screenshots, and we have tried our best to translate the Chinese. 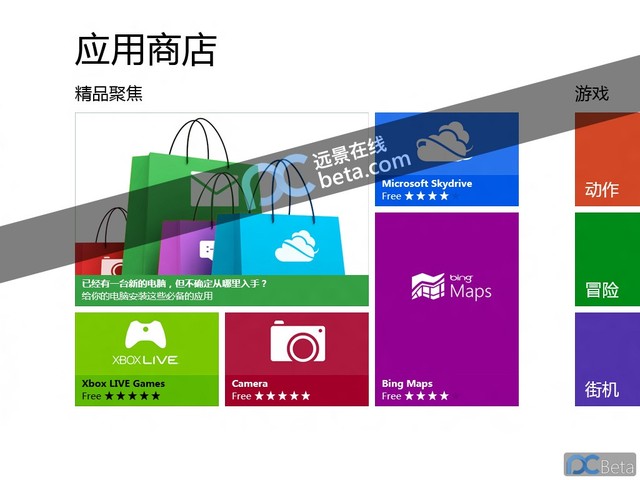 The above image shows the Windows Store home screen. Note the inclusion of “Xbox LIVE Games” which would suggest that Xbox LIVE gaming is coming to Windows 8 in the same way that it is supported on Windows Phone 7. Title reads “Application Store” with a subheading of “Spotlight”; the heading to the right reads “Games” with genre tiles below. 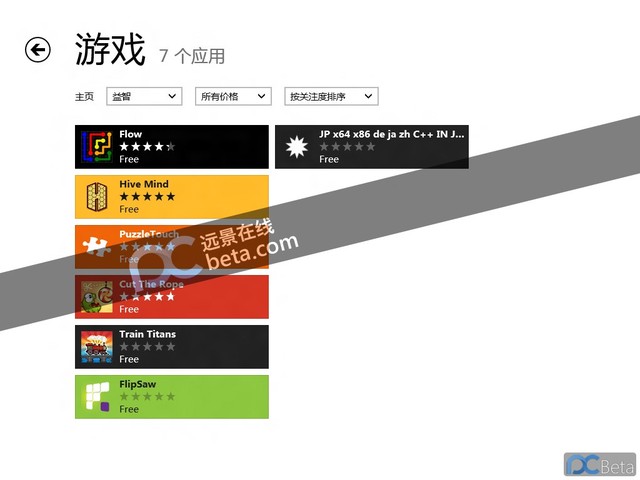 Here is the Windows Store games (the title reads “Games”) section, with just a small amount of games showing such as Cut The Rope. 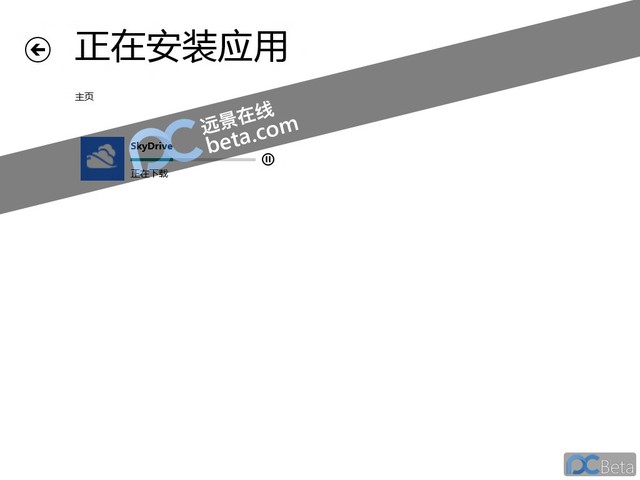 Next we have the app installation screen, which looks very similar to the way the Windows Phone Marketplace updates apps. The small text 主页 to the bottom of the title in every screenshot translates to “Home”. 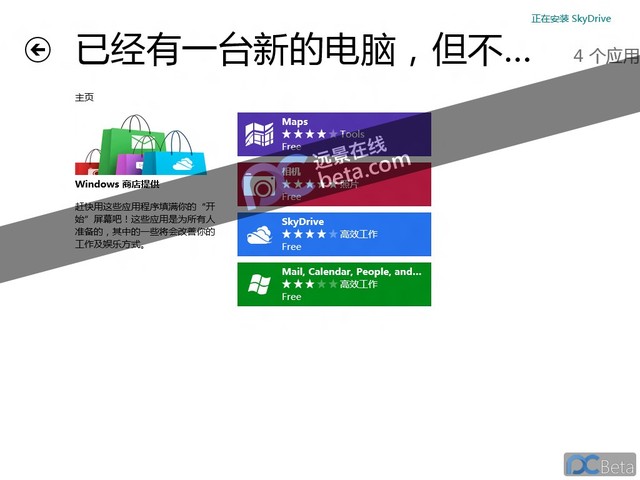 It isn’t entirely clear what this screenshot is showing but it could possibly be a screen that shows applications from a certain category. 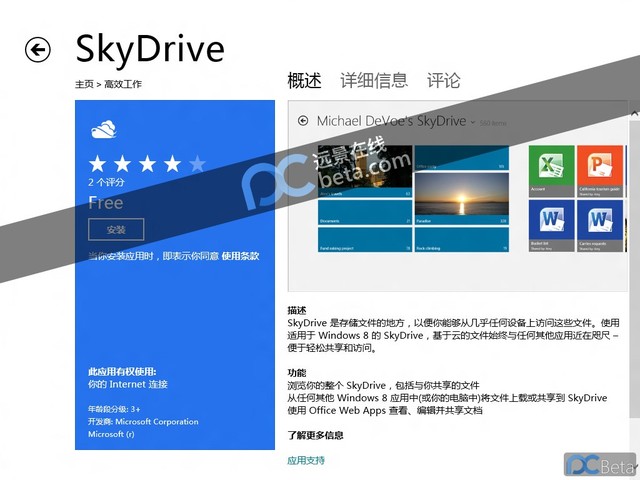 The above image shows the app information page for the new SkyDrive app. The left hand side shows the icon, rating and price along with an installation button and the right side has the screenshots and information. Above the images read the tabs “Outline”, “Detailed Information” and “Comments”.

These Windows Store screenshots should tide us over until we get to actually play with it when the Consumer Preview lands on Wednesday February 29 after a press event at MWC in Barcelona.