Microsoft’s latest dashboard update for the Xbox 360 introduced the ability to browse the web via Internet Explorer, but web browsing on games consoles isn’t exactly a new phenomenon. Nintendo’s Wii, for example, offered this facility over five years ago via The Internet Channel (essentially a customised version of the Opera browser), and the company’s next-generation console, the Wii U, will also offer access to websites.

Nintendo has revealed a few details about the console’s browser, which is based on the NetFront Browser engine, used for embedded browsing in a vast range of devices such as smart TVs, set-top boxes, public information terminals and gaming devices, including Nintendo’s own 3DS handheld.

Unsurprisingly, the Wii U’s browser won’t support Adobe Flash – or any other plug-ins for that matter – but it does support current HTML5 standards. The browser achieved a reputable, if not remarkable, score of 323+8 (out of a possible 500 points) via HTML5Test.com; by comparison, the Xbox 360’s Internet Explorer 9 browser achieved a comparatively poor score of 120+8. 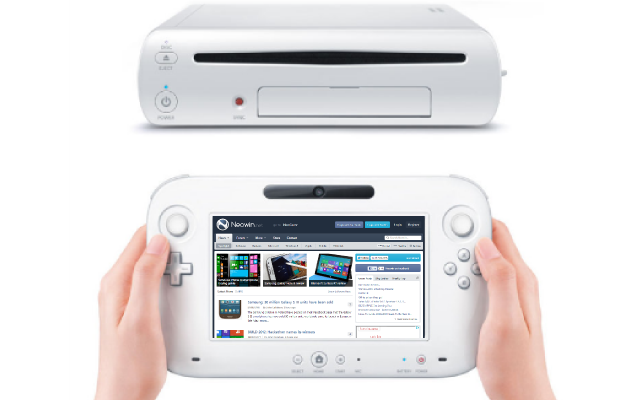 However, while the Xbox 360 includes multitouch browsing support via the new Xbox SmartGlass apps – allowing users to navigate and browse the web on the console using gestures such as pinch-to-zoom on a compatible smartphone or tablet – the Wii U gamepad does not support multitouch inputs.

The Wii U will launch across North America on 18 November, and in Europe on 30 November.