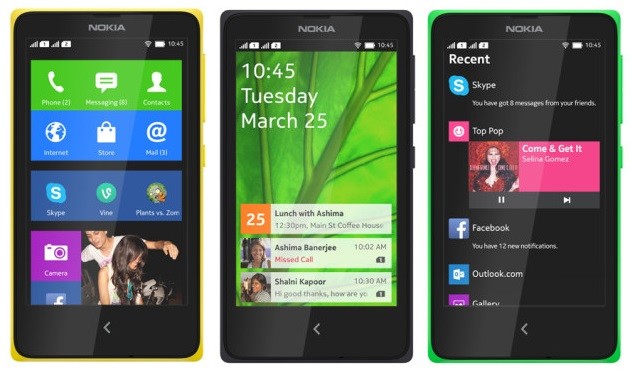 Well folks it finally happened. Nokia has announced its first Android powered devices, and what a surprise it was. While most people were expecting to see one device, the company actually announced 3 brand new devices hitting different price points and user needs.

But is Nokia’s move an indication of frustration towards the slow growth of Windows Phone? Is it a bargaining chip in the deal between them and Microsoft? Is it a complete reversal of strategy and the manifestation of Nokia’s regrets for not going with Android in the first place? Or is it, as some industry watchers believe, a more cunning and brilliant strategy to corner a new market? Lets take a look at what the company is actually doing and what their strategy is.

So is Nokia just another Android OEM like Samsung?

First up we need to get something out of the way: this is not Android as you know it. This is not the Google powerhouse OS leveraging the search engine’s massive capabilities and integrating location, voice, navigation, the Play Store and Gmail. This is AOSP, something completely different in most consumers’ eyes. Or rather, something that consumers have never even heard of.

AOSP, or the Android Open Source Project, is the open source version of Android – much like the name would imply. It’s the underlying OS and Kernel, it’s the scaffolding on which Google’s services come together to bring a cohesive experience.

What Nokia and other OEMs have done, is to take AOSP, ignore Google, and slap on their own services and app stores to create a whole new user experience. They’ve “forked” the OS making it almost completely different to what folks are used to on their Samsung and Motorola devices.

However, Google services, known collectively as GMS- Google Mobile Services- have become so integral to the OS in the latest versions, that some regard Android as “unforkable”. Of course this point of view makes sense for smaller OEMs but in the case of Nokia, by combining their own services with those from Microsoft they can effectively replace all the important Google functions and create a functional AOSP OS. 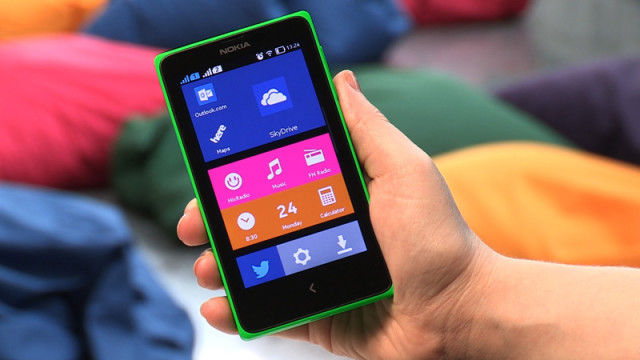 That’s nice and all but why did Nokia want Android on their phones?

To answer this one we need to take a look at Nokia’s history and compare that to the current state of affairs. Nokia, somewhat similar to Microsoft, has always been a platform for the masses. The reason why they became the number one phone manufacturer in the world is that they made both good and cheap devices.

Nokia’s bread and butter has always been the low-end of the market which they’ve dominated for many years. Even today Stephen Elop mentioned they’re still selling 1 million dumbphones per week. By whatever metric that’s a very impressive number, but the world has been rapidly changing in the last few years, thanks to the adoption and declining prices of smartphones. Bringing smartphones to lower and lower price points is what drives adoption now, a fact proven by the massive success of the classic Android phones as well as the major hit that was the Lumia 520.

And Nokia is trying to just do that and fill their offering gaps at lower and lower prices points, with smart and capable devices. 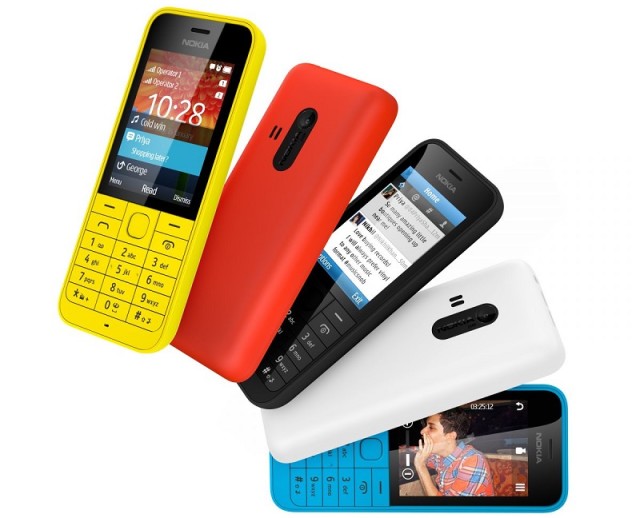 But why Android? Why not stick with Windows Phone?

Windows Phone is a great OS and it’s capable of running smoothly on low-end hardware. We’ve seen this in the past. But Windows Phone does have its limits and Microsoft was never willing to compromise on the OS’s performance in order to bring it to even lower-end markets. The upcoming changes in Windows Phone 8.1, such as the relaxed hardware requirements, will help to lower the cost even further but that’s pretty much it. It’s doubtful that Windows Phone will be used on devices with lower specs than we see today. Microsoft is thinking about the future and aiming to improve its OS to compete with the top dogs such as Apple and Google. Going even lower with Windows Phone would make that vision somewhat problematic.

Plus there are a few more factors at play here. Nokia isn’t trying to replace Lumias or Windows Phone. It’s trying to replace S40, their old OS that’s barely keeping up with today’s standards. S40 is what’s running on Asha phones and it has become unsustainable. By switching to AOSP, they have a powerful base on which to build new cheap and capable devices.

And let’s not forget that Nokia has been toying around with Android for a while. Many folks believe the company held Android as a Plan B in case things didn’t work out with Windows Phone. So if the company had been experimenting and running their services on Android it would make sense they'd put all that work and know-how to good use, instead of developing something new or re-engineering Windows Phone to work well on lower hardware. Plus, by leveraging Android they get a ton of apps without putting too much effort into it, and they also make it a lot easier for developers to create new apps for the platform.

Wait, you said there’s no Play Store so where are all the apps coming from?

It’s true that there’s no official Google Play Store, but there’s a range of smaller app stores. Starting with Nokia’s own store, where they curate Android apps, and ending with all the 3rd party stores such as Yandex. All of these hold many of the usual apps found in the Play Store, so they do make for a decent ecosystem. And techies will also be able to sideload their own apps, flash their custom ROMs and so on. The ecosystem is as strong as it can be in these circumstances. 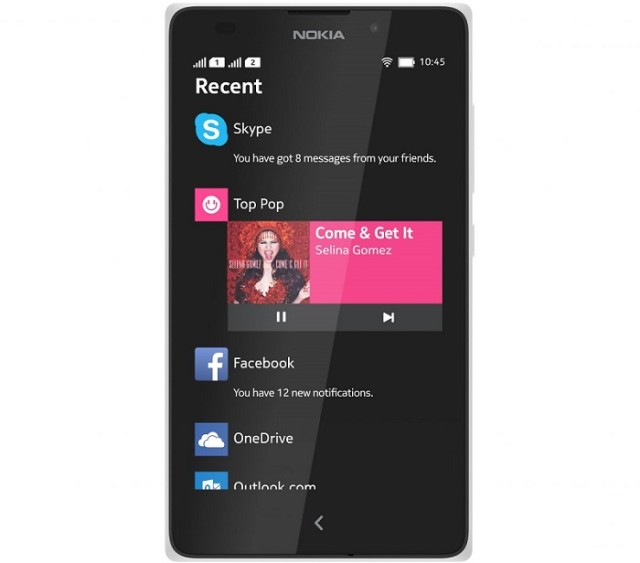 Android but with all the popular Microsoft services

Fine. But won’t Microsoft be super pissed off at Nokia for doing this?

They may be a little pissed just for the sake of it, but if we look closely we’ll see that Microsoft has nothing to lose. In fact it has quite a lot to gain. Nokia took Google’s pride and joy, stripped it of its search engine DNA and “frankensteined” a platform that uses Microsoft services. If things go the way Nokia hopes, the X phones will spread far and wide, and all of those new users will enjoy Android apps while using Microsoft services. If they’re lucky, Microsoft may get a lot of new users for their platforms; users who will likely jump to Windows Phone later, being used to the services.

If anything, Google are the ones who'll be pissed. They make their money by licensing GMS. The company has long seen a threat in OEMs forking Android and doing their own thing; it's why Google is trying to make Android dependent on their own services, and why they've signed a deal with Samsung to keep them from straying too far when it comes to Android differentiation. 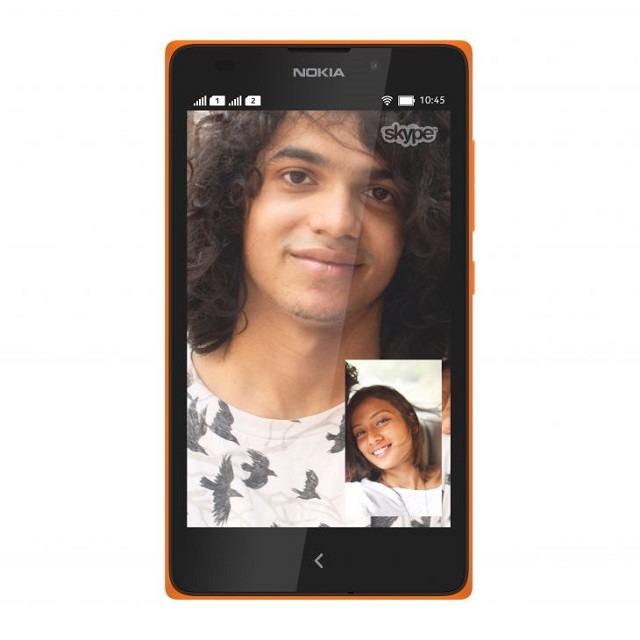 So Microsoft will actually keep the Nokia X phones?

You’re talking about the impending closing of the deal, when the phone manufacturing part of Nokia becomes part of Microsoft. And it’s hard to give a definitive answer here because most of it relies on what happens next. Microsoft will most likely take a pragmatic approach to this. If the X phones do become popular and bring a lot of new users to the Microsoft fold, then yes the company is quite likely to keep the OS and the whole family of phones. Remember the Nokia Android project hurts Google and helps Microsoft so there’s no reason not to keep it.

If on the other hand the phones don’t sell, or users don’t actually use Microsoft’s services, it’s doubtful the company will keep it going. They already have their hands full with Windows Phone and they are moving towards closer and closer integration between their different products. Maintaining a whole new OS and App Store without getting a lot in return would distract from the whole One Microsoft vision, so the whole project may be abandoned. 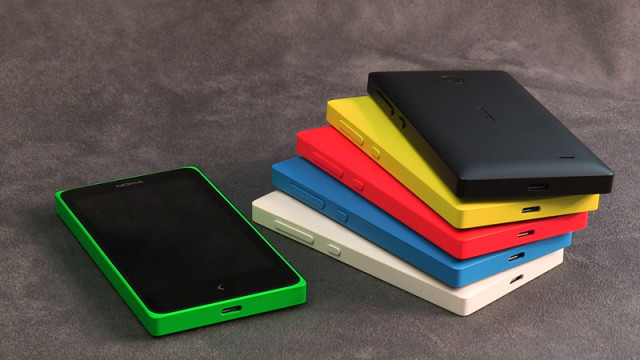 But they announced the X phones in the $100 category. That’s the same as the best-selling Lumia 520. What gives?

Yes that’s a bit worrying. Stephen Elop said they would keep the X line right below the Lumia line to fill that price gap, but for now there seems to be some overlap. If we’re optimistic we can just chuck that to this being the first wave of devices and they still need to balance the manufacturing process to bring prices lower.

If we take a more pessimistic view, this may be a grave mistake. This may lead to the X phones cannibalizing the low-end Windows Phone market, or even worse, creating confusion and leaving this field wide open to the competition. Nokia, and soon Microsoft, will need to do a fine balancing act here and keep these devices separate if they actually mean to follow the strategy we’ve been describing.

So overall is this good or bad?

There’s no clear answer for that. I personally think it’s a pragmatic approach to the current market. And the strategy does indeed make a lot of sense on paper. However, both Microsoft and Nokia need to be very careful on how they implement it so it doesn’t do more harm than good.

Overall it’s a courageous experiment, and it may pay off in the long term. And if it doesn’t, Microsoft won’t lose any sleep because of it. They’ll kill it and focus on their own products instead.