Back in February, Nokia announced that they would be giving away Lumia 800s to developers to help bolster the Windows Phone development community. The next step in that endeavor has kicked off, as promised, by Nokia who has begun sending out emails to those lucky individuals involved. You can see the email below: 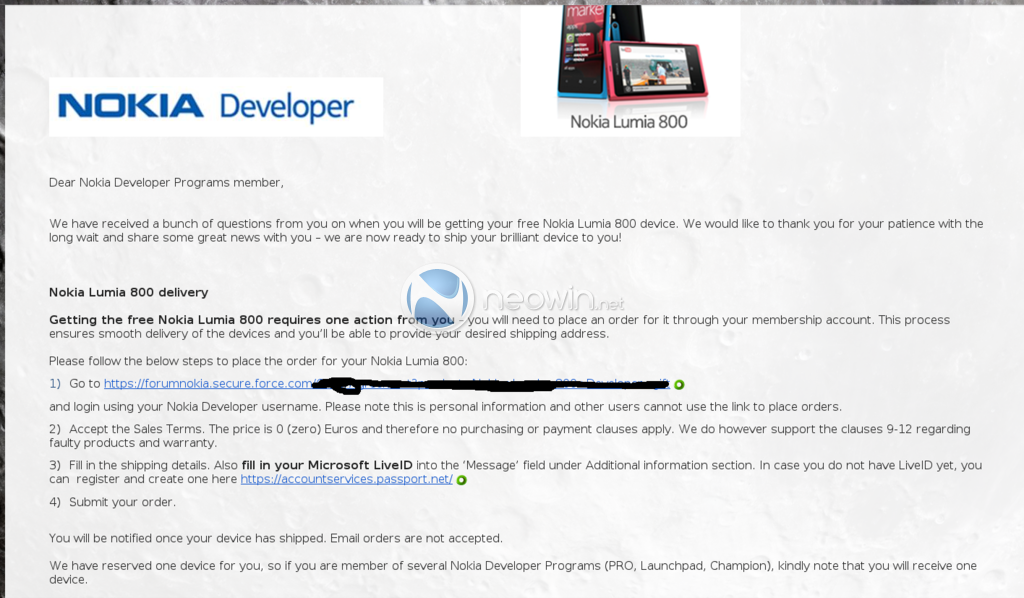 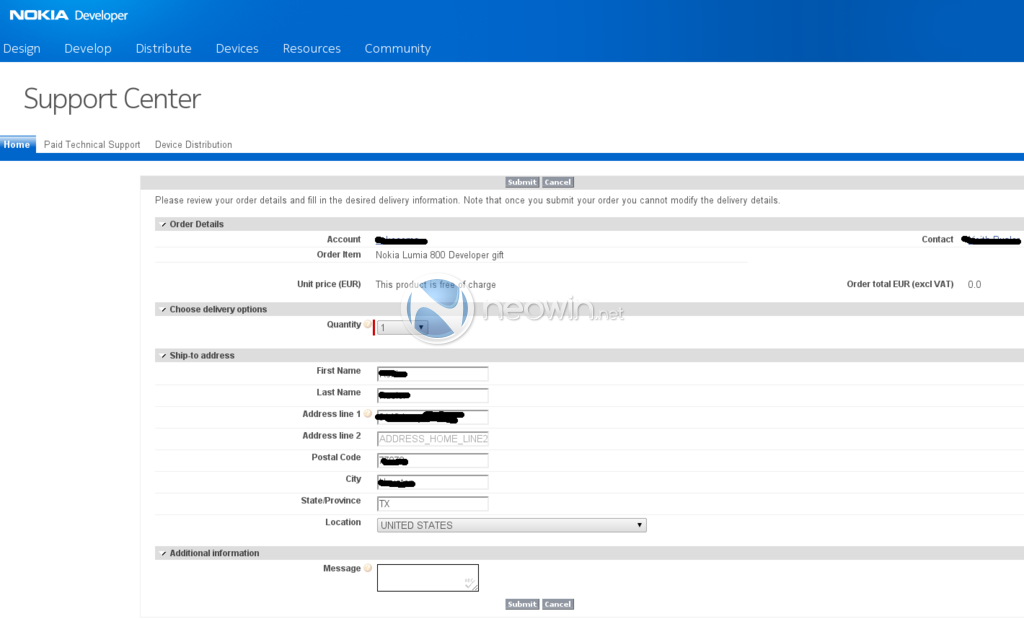 The new devices will be a big win for nearly all involved. Among other benefits, it shows Nokia's commitment to its developers, Microsoft gets a boost to the depth of its dev community and consumers should see the fruits of this labor with more applications in the marketplace.

If you are a Nokia developer who is registered with LaunchPad, check your inbox as more than likely you should have received an email looking similar to the one above.

Thanks for the tip KomaWeiss!