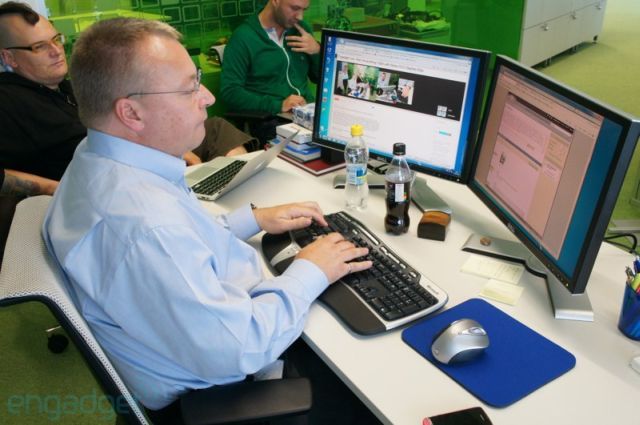 Nokia CEO Stephen Elop has been dancing around the idea of a Windows 8-based tablet for months now. He's never made any actual confirmations but hinted strongly that the smartphone company was working on such a project. In a AMA session on Engadget today, Elop once again gave the impression that a Windows 8-based tablet product was in the works, without actually making a full announcement.

The Engadget AMA session had Elop also make a little fun of Microsoft's ditching of the "Metro" brand for its Windows 8 UI, saying:

So, we haven't announced anything in the tablet space yet. A couple of things are very clear... the common user experience across Windows Phones, tablets, PCs, etc. is something that is going to encourage users to expect a common digital experience. ALso, the visibility of the "Metro" (ooops, can't call it that) experience is going to drive a lot more visibility for our products. At Nokia, we definitely believe in the importance of that common experience.

Of course, Neowin has some previous ideas for a Windows 8/RT-based tablet from Nokia if Elop wants to use them.

Elop also discussed their Windows Phone products, including an answer to the question about why the upcoming Lumia 920 does not have an SD card slot. Elop said, " ... we were very focused on having clean lines of design with the smallest number of interruptions as possible."