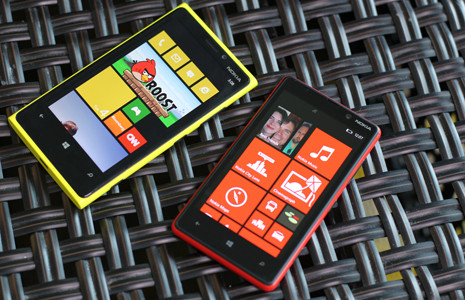 After reports about over-the-air software updates to the Nokia Lumia 920 and 820 smartphones made their way online earlier today, Nokia has now confirmed that it will release a firmware update to both phones for AT&T owners in the US, as well as the Lumia 920 for Canadian residents that bought the Windows Phone 8 device from Rogers.

In a post on the official Nokia Conversations blog, the company said the update will include the following changes and additions:

The post added that people who have bought the Lumia 920 and 820 in other countries will also receive the update, adding, "Together with Microsoft, we aim at beginning to deliver these updates to other markets in early February 2013."

Meanwhile, a planned update for T-Mobile owners of the Windows Phone 8X that was supposed to happen today has been delayed. WPCentral.com reports that T-Mobile wants "to perform a few tweaks" before launching the update. T-Mobile did not provide a specific new date for the software upgrade.