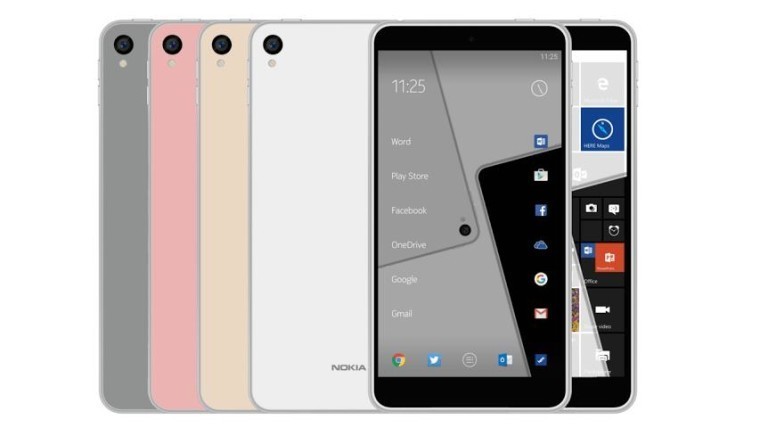 Nokia has just announced that it is getting back into the smartphone and tablet game with new devices that will run on Android. While these will be sold under the Nokia brand they will not actually be made by Nokia, but by a new Finnish company called HMD which will license Nokia’s IP and brand.

The new HMD company, was founded in Finland seemingly just as a way to get Nokia and its eponymous brand back into the smartphone and devices game that it exited when Microsoft bought part of the company two years ago. As part of that deal Nokia had sold the entirety of its mobile device unit to its former Windows Phone partner, alongside the Nokia brand for use on feature phones. Earlier today Microsoft announced it was selling off its remaining assets in the feature phone business, in a deal with Foxconn valued at $350 million. Microsoft had previously written-off its Nokia acquisition.

According to Nokia and HMD, the latter plans to invest over $500 million in the next three years to push the Nokia brand and new devices in the global market. According to the same announcement, HMD will have exclusive rights to use the Nokia brand globally, and will hold these rights for ten years. Unfortunately, there’s no indication of when we might see these new devices.

Interestingly enough, HMD will be run by Arto Nummela as CEO, who previously held senior positions inside of Nokia and is currently Microsoft’s Mobile Devices Head for Greater Asia, Middle East and Africa, as well as the head of the company’s feature phone business.

Nokia was rumored to be interested in getting back into the smartphone world ever since the deal with Microsoft went through. But that deal also barred Nokia from re-entering this market for a number of years. Since then the Finnish company focused on other products, including its telecommunication technologies as well as more recently purchasing Whitings for its wearables.