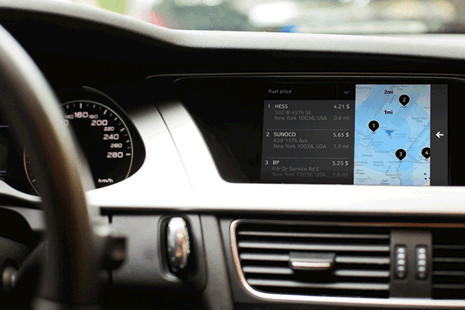 In recent years, auto makers have been incorporating more technology than ever before, with features like media playback and satellite navigation joined together through something akin to Ford Sync.

Nokia is now joining the fold with HERE Auto, an embedded system available from the dashboard. Essentially, Nokia's vision is to create an Internet-ready car by doing more than connecting your smartphone. Such a gargantuan task could not be handled by one company, so it won't be.

Nokia refers to the 'RESTful API', and its ability to create 'in-car experiences'. Putting it simply, that means extensions to the base HERE Auto system are possible in much the same way as add-ons can be made for certain computer programs. It also provides prime branding opportunity for manufacturers.

The obvious downside comes when you're disconnected from the Internet, though Nokia claims this not to be the case. While disconnected cars will lose out on live updates of traffic maps, other functions (e.g. street-level images) may not suffer in the same way.

Syncing also makes it possible to log routes as favourites; this could help prioritise their use, or it could be a convenient way to catalog roads that are simply enjoyable driving experiences. 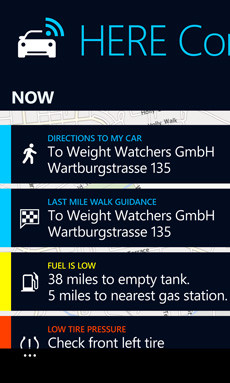 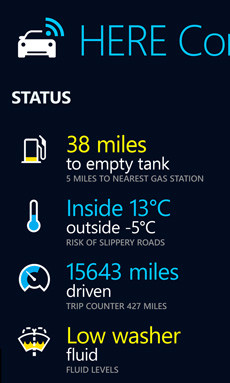 Wartburgstrasse is a Berlin street, and a possible nod to the old Wartburg car (which will not support HERE).

At present, HERE Auto isn't open to the public, though it will be demonstrated at Frankfurt Motor Show on September 10. A mobile app for Android and Windows Phone is planned for the future, though no iOS information is forthcoming, from Nokia or the HERE website.