First came the rumours. Then came the images. And then, earlier this month, came the inevitable leak of everything else that rather spoiled the surprise of the official announcement. But today, that unveiling came - rather unceremoniously, it must be said - as Nokia took the wraps off its new Lumia 525.

The 525 is destined to become the successor to the Lumia 520, the most popular Windows Phone so far and, at one point, the most popular of any Windows device on sale. That makes it an incredibly important product, both in Nokia's range and in the broader hardware offering across the platform, which in turn makes it all the more curious that Nokia outed the new handset by doing nothing more than posting a product page on its site. 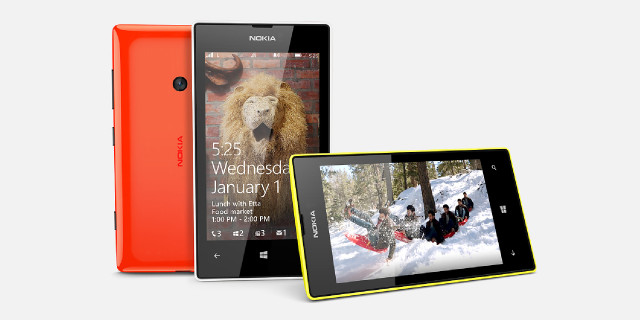 While the Lumia 525 will not rock the world in terms of its spec sheet, to expect range-topping features would be missing the point. The 525, like its predecessor, is intended to provide an attractive low-cost solution for those purchasing a smartphone on a budget, and its specs reflect this well. Cast a glance at the spec sheet, and you'll probably find yourself needing to look closer to spot the differences between old and new.

As the leak predicted, the 525 sports a dual-core 1GHz Snapdragon S4 processor, along with 8GB of onboard storage, and a microSD slot (supporting cards up to 64GB) to expand this further. It also gets a welcome boost in RAM, featuring a full 1GB - twice that offered in the 520.

The device will be offered in black, white, yellow and orange variants (no cyan option, unlike the 520), but with interchangeable shells, buyers will be able to switch colours as desired.

There are no official details yet on pricing, but as far as availability goes, the Nokia site curiously lists only Africa, Asia-Pacific and the Middle East as regions in which the 525 will be offered. According to Engadget, pricing in China is expected to be pretty much in line with the 520. The Verge, meanwhile, says that Nokia has priced the Lumia 525 at $249 SGD ($199 USD) in Singapore, with availability from December 14.

We have contacted Nokia to request further details, and will update this post if we hear any juicy info from them.

Update: Nokia has told us that the Lumia 525 will not be sold in the United Kingdom. We don't yet have any further details on availability in other regions.