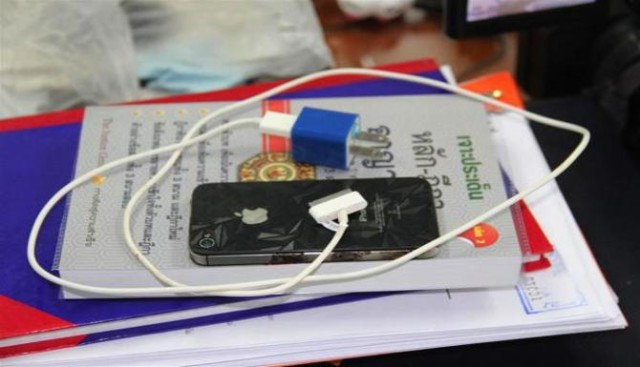 Despite warnings from Apple to avoid 3rd-party chargers for their iDevices due to electrocutions and in some cases death, yet another life has been claimed, this time in Thailand.

A 28-year-old Thai man was found clutching an iPhone 4S that had been scorched. The man from Chanthaburi province was discovered lying face down clutching a black 4S which was plugged into the wall through a charger. The man reportedly had scorch marks on his chest and left hand, which was also burned onto the device.

His 52 year old father had heard him making noises the night before, but assumed he was sleepwalking and didn't investigate according to dailynews.co.th.

Although electrocution is suspected, the authorities are waiting on an autopsy report. Judging by the photos accompanying the report, the man was not using an official Apple charger.

Apple updated its site in July to include warnings and a tutorial on official chargers for many of its devices due to the widespread use of 3rd-party offerings in the region, but it seems that the warnings have yet to reach some people.