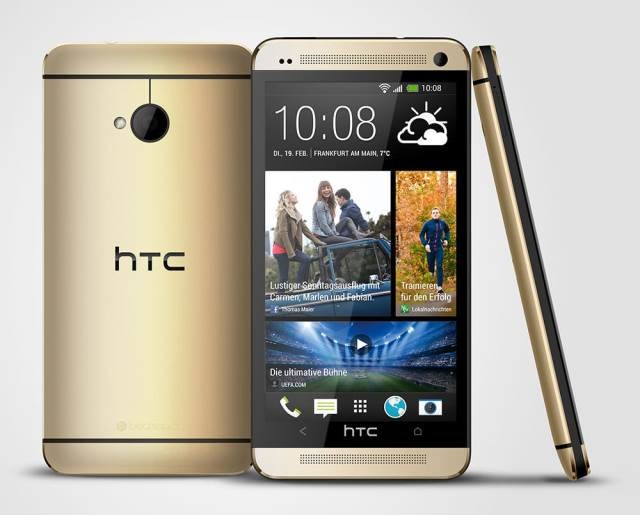 HTC has announced that they will be offering a gold colored version of the HTC One. You may remember last month, HTC launched a limited version of the HTC One plated in 18ct gold costing £2,750 ($4410 USD) to celebrate 18 years of the MOBO awards. Following positive feedback from the event, it seems this has nudged the company to offer a less costly version.

Philip Blair, President of HTC EMEA had this to say of the announcement.

Building on the all metal design of the HTC One, and the recent success of the HTC 18 carat gold MOBO phone, we are excited to have developed our own gold device, offering yet more choice to consumers,

According to Tom's Hardware, the Gold HTC One won't be available outside of Europe, and pricing or when it will become available was not announced.