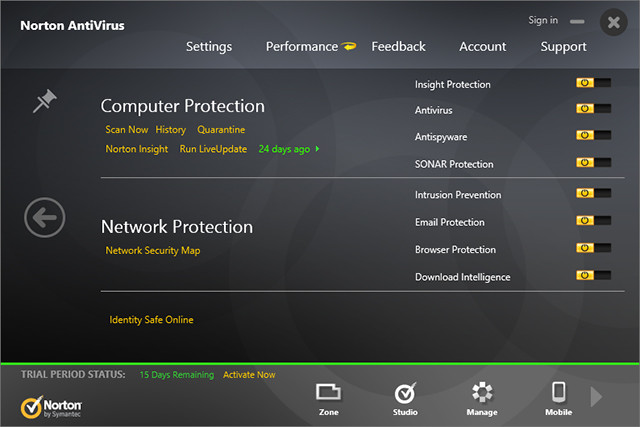 Norton AntiVirus defends your computer against viruses, spyware, worms, bots, and other malicious software while minimizing the performance impact onto your computer. This enhanced protection system features multi-layered protection technologies that work simultaneously to proactively block cyber-attacks and detect and remove malicious threats before they can harm your PC. Norton AntiVirus offers a quick install time, fast boot time and has low memory needs which reduce the burden onto a system.