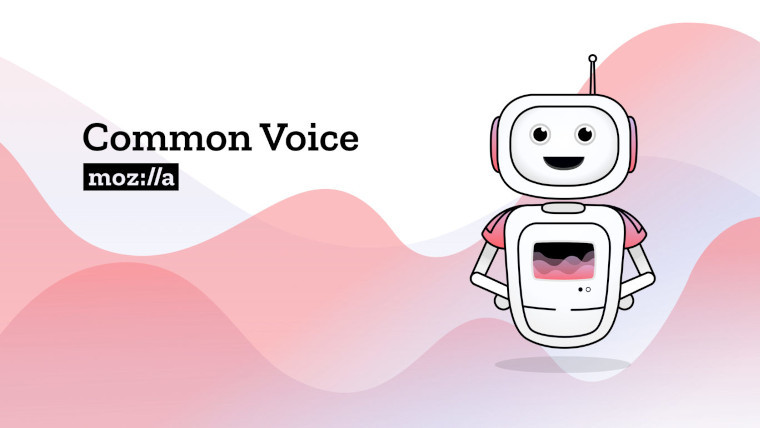 Mozilla Common Voice is an initiative to "democratize and transform the voice recognition landscape". Started a few years back under the umbrella of the Mozilla Foundation and now partnered by Nvidia, the initiative allows volunteers to contribute to the world's largest open data voice dataset—the Common Voice Dataset—for speech synthesis and recognition software.

Today, the latest release of the Common Voice Dataset was made public. It brings several welcome additions to the table. Firstly, the corpus now has over 13,000 hours of crowd-sourced speech data. Compared to the previous release, the latest release brings 4,622 hours' worth of fresh audio data. 16 new languages, namely Basaa, Slovak, Northern Kurdish, Bulgarian, Kazakh, Bashkir, Galician, Uyghur, Armenian, Belarusian, Urdu, Guarani, Serbian, Uzbek, Azerbaijani, and Hausa have been added as well. This brings the total number of languages in the dataset up to 76. Overall, the dataset now has over 182,000 unique voices, a direct result of the 25% growth in the contributor community in the last six months. 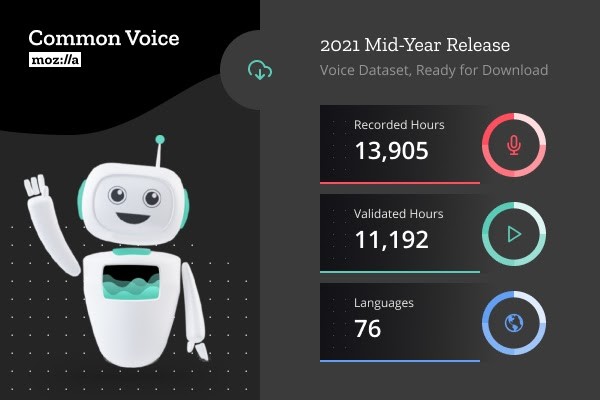 If you are interested in contributing to the Common Voice dataset, head over to this link. Samples from the current corpus can be found on the same link. Metadata and instructions specific to downloading and using the dataset can be found on this GitHub repository. As part of the collaboration between Mozilla and Nvidia, the models trained on this and other public datasets are available for free via Nvidia NeMo, which is Nvidia's toolkit for building speech recognition and conversational models.