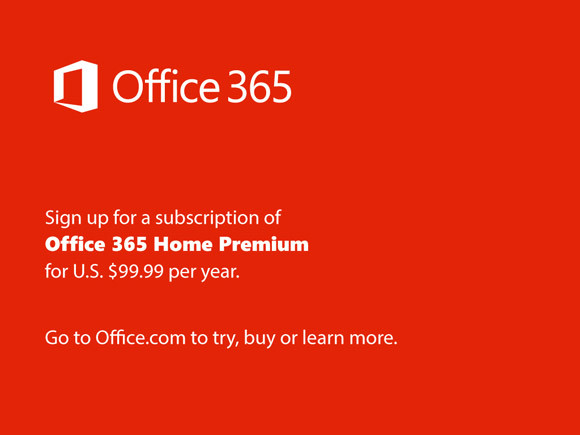 While Microsoft is still selling stand-alone versions of the new Office 2013 software suite that are made for one PC only, the company is really hyping up the use of its new Office 365 Home Premium cloud-based service, which gives users a way to install the software on up to five PCs or Macs in exchange for a $99.99 a year fee (there is a one month free trial).

ZDNet.com reports that, according to a statement from Microsoft, users will be reminded just before their time ends, via email and messages and inside the applications, that their Office 365 Home Premium subscription is ending soon.

Once that day arrives, Microsoft says the Office 365 applications will be able to still open and print existing files but they won't be able to be edited, nor can new files be created until the person renews the subscription. If any documents that have been create via Office 365 Home Premium have been saved to a user's SkyDrive account, those files can still be downloaded to another PC.