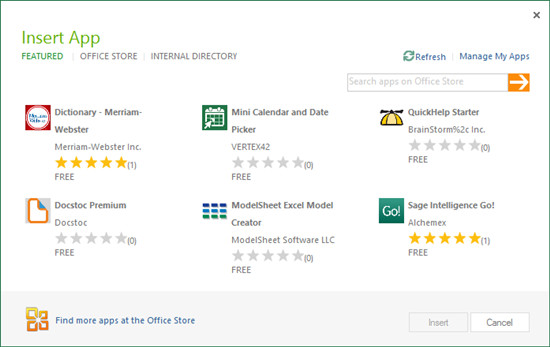 With today's launch of the commercial version of Office 2013, as well as the new Office 365 Home Premium, ReadWriteWeb reports that, according to a Microsoft spokesperson, there are now over 200 apps available to download from the Office Store; the spokesperson did not have any information on the total amount of downloads from the store.

The article focuses its attention on one Office Store app developer called Gliffy, which created an app that allows flowcharts, floorplans and other diagrams to be embedded, via a web-based service, in programs such as Word 2013. The app is free but users can sign up to use the company's service for $4.95 a month, which allows them to create up to 200 diagrams.

Ron Levi, director of marketing at Gliffy, said that the app has been downloaded over 1,000 times since launching in December. He seemed very hopeful that the launch of the new Office could lead to big things for the company, saying, "Unquestionably, the Microsoft Office opportunity is potentially an enormous one. We were thinking, is there any other software package that is larger, worldwide? No way."