Twitter has just started testing its new, previously unseen, official analytics platform with a select group of testers being sent out invites to the product. Mashable says that the product was rumored to be coming, but no specific date was given, other than "by the end of 2010." This may be it.

According to a post by Mashable, the product will allow all Twitter users to see information about the tweets from their account; including information about their most popular tweets, which tweets made their followers unfollow them, and who, out of their followers are the most influential that reply and retweet their tweets. The tool also shows total "impressions" or views of the tweet, and how many times the links were clicked. 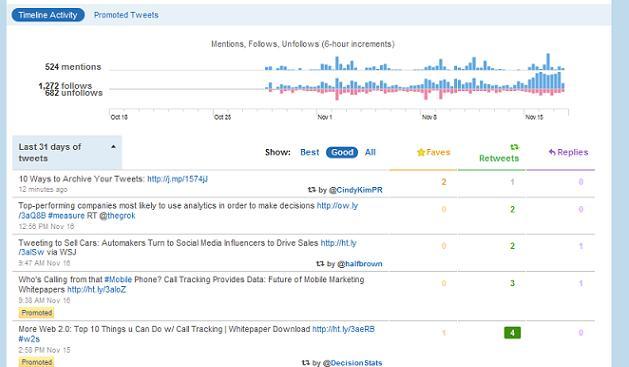 We've seen similar tools from third parties before, and this tool looks to be a large competitor against these, which is sure to make the developers of those products unhappy.

Mashable released images which show off the new analytics product, showing further graphs and information that is available in the new tool. The social media site says that it's likely the product will be revealed at this afternoons Web 2.0 summit, during CEO Evan Williams' keynote appearance.