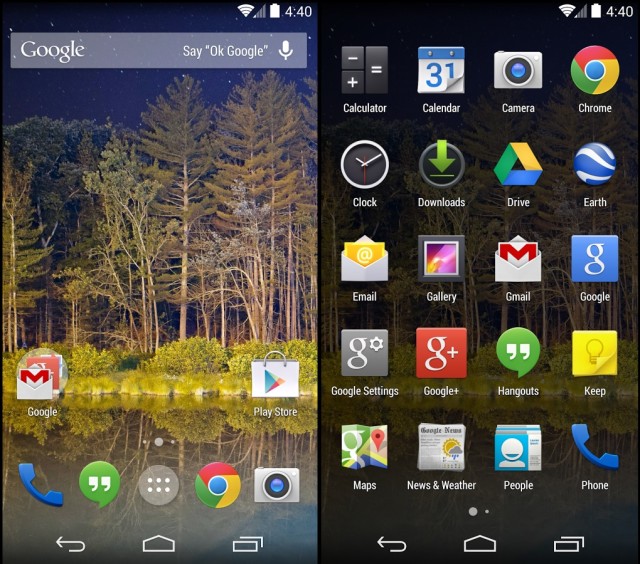 Google launched its Google Now launcher for Android 4.4 KitKat with the Nexus 5 back in Nobember but it didn’t make it available for other KitKat running devices such as the Nexus 4, Nexus 7 and the various Google Play Editions of popular smartphones.

Now, the company has launched the Google Now launcher on the Google Play Store and can be installed immediately on qualifying devices.

The features of the launcher include easy access to Google Now, which is now available at a single swipe on the homescreen. In addition to this, a user can simply say “Ok Google” and initiate a voice input sequence on the device. Apart from the search and discovery features of the launcher, it also provides a slightly revamped notification drawer and homescreen with larger icons and less wasted space. The wallpaper picker is also said to be improved in the Now launcher.

Android users can check out the Google Now launcher in the Play Store here.