Before yesterday, I had never contributed to a Kickstarter or similar crowd-funding project. That changed when the Ouya Kickstarter launched.

For those unaware, Ouya is a proposed video game console powered by Android. The console will run on a Tegra 3 ARM chipset and feature a low entry-level price of approximately $100, if everything goes according to plan. Additionally, the console's developers have touted the open nature of the device, which will allow users to modify both its software and hardware, including the console and its controller.

What's most important about Ouya, however, is the fact that it will challenge the established thought of what a game console should be. The console doesn't feature the most powerful hardware, nor does it require developers to work with third-party publishers to release their games or any additional content – something that is essentially necessary on either Microsoft's Xbox 360 or Sony's PlayStation 3. 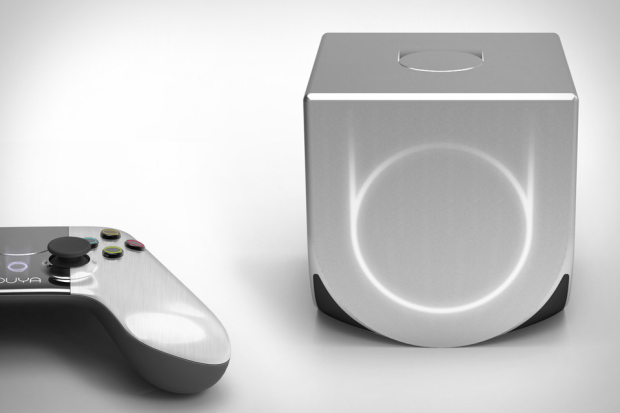 This isn't to say Ouya will kill consoles as we know them. It won't. The point of Ouya isn't to replace traditional consoles, just as the point of tablets isn't to replace laptops. Ouya is simply an alternative for a different crowd or a supplement for the standard console audience. It's unlikely someone looking at the major consoles will consider the Ouya in the same category as Microsoft, Sony or Nintendo's offerings. What will change is the choices people have regarding gaming; if a casual gamer wants a console, he or she will now have a legitimate option with a stable of well-known games ready, thanks to Ouya's Android operating system.

Ouya also has the potential to be great for both gamers and technology enthusiasts alike. A more open console can only help encourage originality and expand the boundaries of traditional game development, and it could also potentially be a fantastic settop box due to Android. Essentially, it could be what Apple TV has not been: a legitimate threat to traditional home entertainment devices at a fraction of the cost.

The fact that Ouya already has major supporters lined up, such as former Microsoft executive Ed Fries, indicates this isn't a project that can simply be ignored by the industry's heavy hitters. Even without its well-known backers, it'd be hard to ignore a project that raised all the money it needed – $950,000 – in a matter of hours, along with approximately 16,000 backers offering roughly $2 million in the Kickstarter project's first day.

While some sites may try to scare you away from backing Ouya because of the previous failures of other consoles, they fail to consider the different situations each console has faced. Ouya isn't trying to take on an established market, it's trying to be a different option. The parts used in Ouya are hardly pricey, and the underlying Android base is also well-known for being developer-friendly and easy to bring to the market. This is starkly opposed to a failed console such as the Phantom, which used expensive parts, set its sights squarely on established consoles and featured a then-unproven delivery system.

The one unknown Ouya faces is competition. While it's unlikely the project will be much competition for the next major round of consoles, it may find itself with an established competitor in Microsoft if rumors of an entry-level console codenamed "Loop" are accurate. According to those rumors, Microsoft is working on both a full-fledged successor to the Xbox 360 as well as an entry-level console that will play games similar to those found on Xbox Live Arcade. Much like Ouya, the entry-level Microsoft console would feature an ARM processor and an inexpensive $100 price tag.

While Ouya won't be capable of supporting the same types of graphically advanced games as the next generation of consoles, which are expected to launch in 2013, that doesn't mean it's something that won't appeal to a wide audience. Games like Angry Birds and Shadowgun have proven that entertaining options are more than possible on ARM-based platforms, and companies such as EA have been slowly trying to nudge into the space with new titles based on popular franchises, such as Dead Space and Mass Effect. Popular games of yesteryear, such as Grand Theft Auto III and Max Payne, have also been ported to ARM-powered devices.

One area Ouya could actually outclass current consoles is indie games. Indie developers have long been critical of their place in Microsoft's Xbox Live ecosystem, which tends to force them to one area: the PC. With an open console, however, independent developers would have both an outlet and an engaged audience. And unlike Microsoft, Ouya seems to covet independent gaming, something that could entice hardcore gamers to the console.

It's certainly possible that Ouya may never see the light of day. But that's a risk I'm more than willing to make in backing the console in the name of progress. Even if the console is never released, it's already proven that gamers want more options and are willing to support companies that take big risks. At the very least, Ouya will cause companies to consider what gamers truly want.

Ouya certainly isn't for everyone. But it's hard to deny it's an interesting idea – one that could potentially reshape the way people view what a console has to be. It's also hard to argue the technology and gaming industries don't need a kick in the pants every once and a while, and being part of that kick is a rewarding feeling.