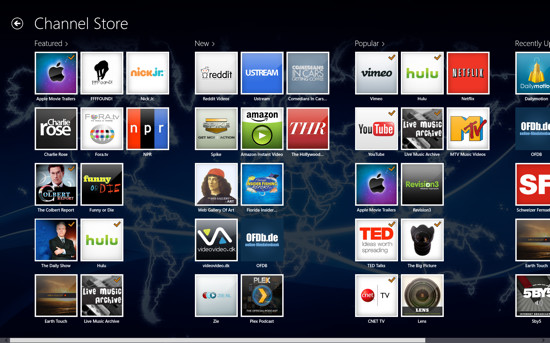 The Windows Store page for Plex has the details on the changes and additions. One of them is a new interface for the channel store, which you can see above. Another addition is a universal search function, along with improved support for people who want to use keyboard shortcuts and a new way to select subtitles and audio selections.

The app also has what Plex calls an experimental MPEG-2 TS transcode format, which it says will support remuxing for most h264 video. Obviously, the label of "experimental" is likely a clue that this feature should not be considered 100 percent reliable.

There's also a bunch of bug fixes in this new Plex Windows 8 app version, including fixing an issue that was preventing the app to connect to a server on same machine as the client. It also fixes a problem with video buffering when it was being transcoded using Smooth Streaming.