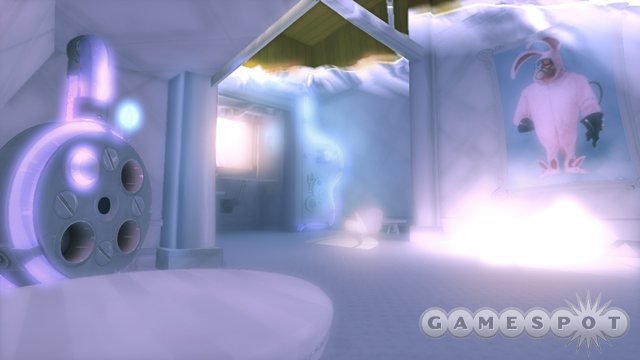 The woman credited as the main creative force behind Valve's original Portal game has a new title in the works at her new developer Airtight Games. GameSpot has the first preview of the game, titled Quantum Conundrum, that is being published by Square Enix as a downloadable game for the PC, Xbox Live Arcade and the Playstation Network. The game is due to be released in 2012.

Swift was a student at Digipen who helped to create the impressive Narbacular Drop. She and her game development group at Digipen were then hired by Valve. The team, led by Swift, created the original first person puzzle shooter Portal which was released as part of Valve's Orange Box in 2007. The innovative gameplay was highly praised by critics and Portal went on to win a number of Game of the Year awards. In December 2009, Swift left Valve to join Airtight Games who previously released the third person action game Dark Void for publisher Capcom.

GameSpot's preview of Quantum Conundrum reveals that Swift's new game is once again a first person puzzle title but with a very different premise. Your character is a kid who is spending some time at the mansion owned by his uncle, an eccentric scientist who has lots of experiments running inside the rooms of the mansion. However an explosion inside the house has caused your uncle to go missing and you have to go and find him.

You are helped in your search by an artifact called a interdimensional shift device glove. In each room of the mansion you must solve a puzzle that involves using the glove to shift to another dimension where the regular laws of physics don't apply. One is called the "fluffy" dimension which turns everything in the room to light and soft fluff. Yet another shift brings you to the slow motion dimension which is pretty self explanatory. The player uses these and other dimension shift to solve puzzles in the game.