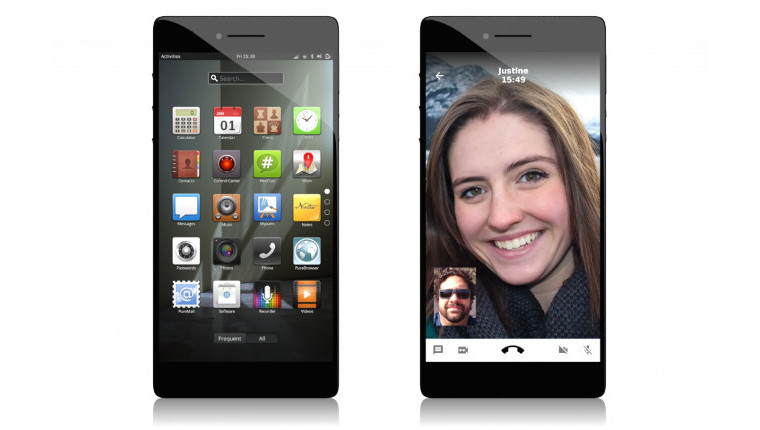 Purism’s Librem 5 phone has smashed its crowdfunding goal of $1,500,000 with a decent 13 days to go before the campaign ends. As of writing, the goal has been passed by more than $50,000. Purism is hoping that it can launch its Free/Libre and Open Source powered Librem 5 and appeal to users looking to escape the clutches of Apple and Google.

The Librem 5 will ship with PureOS, a derivative of Debian, with added privacy-protecting software installed by default. Unfortunately, the Librem 5 could suffer the same fate witnessed by Ubuntu Phone and Firefox OS because devices aren't due to ship until January 2019, by which time, the specs of the device, which have already been confirmed, such as the 5” display, may seem outdated against the competition.

The device will probably ship with the i.MX 8 CPU, and 3GB of LPDDR3 RAM. It'll have 32GB of eMMC storage and come with an unspecified SD card slot for additional storage. While specs are nothing to scoff at, you do have to ask how it'll stack up against the competition by 2019. The rest of the specifications have only been given generally, for example they mention the phone will ship with a battery, they just don't detail the capacity. More information on the device will probably be made available the closer we get to launch.

Here are some other quick facts about the device provided by Purism:

While the phone itself is set to ship in 2019, the developer kit will be sent out to backers who pledged $299 in June of 2018. The dev kit includes a screen, touchscreen, development mainboard, cabling, a power supply and various sensors and will be shipped out for free worldwide. If this is the first time you’ve heard about the project and want to get your hands on one the devices you still have just under two weeks to back the project with $599 (minimum spend for the device).