Forza Motorsport 4 has a lot to live up to with its fans, not only have the previous games in the series been well received with each new version, it comes just a year after the release of Gran Turismo 5 on the PlayStation 3, widely regarded as one of the best racing games in living memory.

Right after you boot up the game for the first time you are put straight into a race, this helps you get used to the far more closely refined controls and the updated graphic engine. From the get go you get a feeling that the game has had even more love thrown into it. From the new dynamic camera behind the wheel as part of the in-car view, to the slight oversteer that has arrived not only with top tier cars, but also the lower level cars too, you can tell that there was a lot of thought and consideration added to this version of the game.

As always in a top end racing game, the main stars are the cars and this time round Turn 10 has done an excellent job with the range of cars they have included from over 80 manufacturers.

Thankfully Forza 4 covers cars from around the world without ever making it feel as if they had some kind of specific favourites; you will find German, British, Italian cars while there is also a mass of American vehicles along with many others countries.

Forza's new “Autovista” mode is the one that helps show off many of the cars in what can only be described as the most detailed we have seen in any game so far. The Autovista mode allows you to interact with cars within a showroom, letting you take a tour of cars such as the Lexus LF-A and the Ferrari 458. You can even use Xbox Kinect to control it if you like, though it is far easier to just use a controller to adjust the views and interact with the cars. 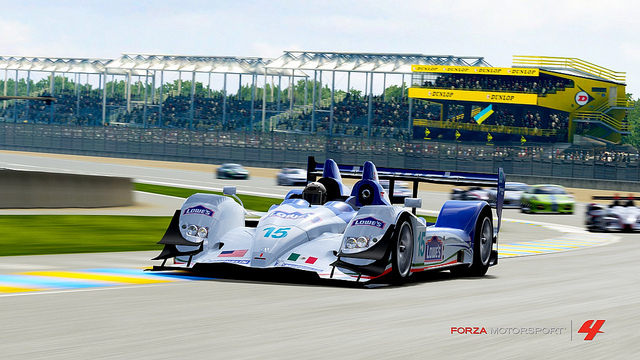 Autovista lets you get deep into the cars details with voiced descriptions about the tyres, engine and speed etc and you can also get a run down of what Jeremy Clarkson from the BBC's Top Gear show thinks of them. To unlock more cars in Autovista mode you need to complete challenges for each one; it is a good way to encourage you to get loads of playtime with the game even away from multiplayer. The one letdown of this mode is that there are only 25 of the games 500 or so cars available for a closer viewing.

Leveling in the game has seen an improvement too, allowing players to get access to a host of new cars far quicker than they have in previous titles. The game offers you a new car for each level you gain, so that means there are 50 new cars available to you without having to buy them. Each choice tends to be based on style or maker and lets you decide the best ones for you to drive.

The leveling system for cars has also been adjusted. Now in Forza 4, cars don’t level up, the manufacturer does, this means that if you race in a Honda, you will get Honda specific experience points. Each level offers you more cash but also a discount on car parts up until level 5 where you get a 100 percent discount on performance parts. 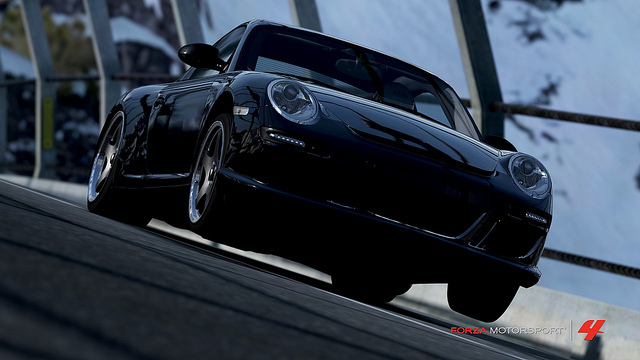 As expected, the car upgrade system hasn’t really changed very much compared to the rest of the game, it does feature a few additional options for some newer cars but not much else.

Now onto the controls, right from the start a lot of racing fanatics will switch on the simulation steering option. This mode removes the steering assist and allows you far more ease to drift. This isn’t the best mode for beginners, but to really end up at the top of the leader boards in multiplayer it is a must.

Forza 4’s single player meat is the World Tour, but this can feel a bit of a drag at times, being overly easy and nearly always requiring a car that you can pick up during a previous level. It isn’t awful by any means and thankfully you don’t have to play through it at all if you don’t want to as Forza 4 allows you to collect experience points in any part of the game. be it single player or multiplayer.

The biggest issue with the world tour is that Forza's AI still isn’t the best despite some improvement with competitors aimlessly hitting you without reason and some dodgy dynamic AI that makes the race harder the better you are, though this just shows up what feels like rubber band racing at times. 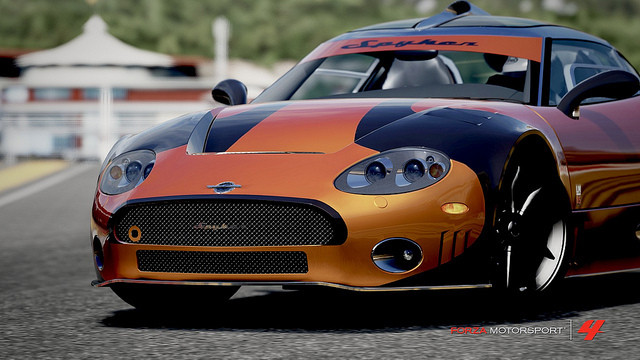 Car clubs have also been added to the new Forza community section, this lets Forza fans group together and share cars from their own garage collection with other members. Working together with these cars can help your club get up the leaderboard and works very well online; it is also different from anything else out there at the moment in the racing genre.

Purchasing cars is a little on the iffy side as the game is quite tight fisted when it comes to dishing out credits, though the skeptic in us will say that this is because Microsoft offer the chance to buy tokens via Xbox LIVE’s Marketplace with your own money and then use then to buy cars in the game, something we hope doesn’t take off in the future.

Forza 4 has seen fit to add on some Xbox Kinect features too, from the aforementioned Autovista interaction to head tracking. Head tracking works really well, though for some reason it isn’t always as quick to react to your movements as it should be. There is also a freeplay-mode which lets you use your hands to steer the car, it works well for what it does, but it lacks the precision you need online and against friends.

Top Gear bits and pieces have also been included in the game which includes Top Gear challenges in World Tour mode such as ten-pin bowling and driving around the Top Gear track, to the less welcome and more forced addition of Jeremy Clarkson. If you are a big fan of the show it may be a good addition, but for us the show has passed its best and Jeremy feels like he is just in it for a quick pay cheque. 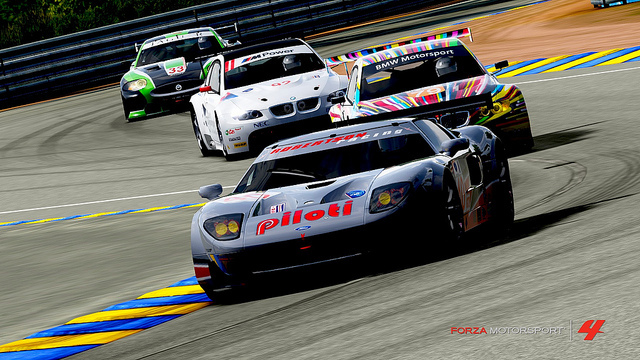 As usual the best part of the Forza package comes in online-racing where the community mode has been tweaked and improved. The auction-house is still there and as busy as ever, even during our review period with just reviewers online. There is no doubt that it will be as popular as ever.

In our view, the best new feature in the game is the Rivals mode. In this mode you get to challenge your friends in a range of events even when they are offline. There are a selection of tracks and cars to use and if you beat your rival you can earn credits and experience points.

The game will also send a message to any friend that you beat, informing them that you have beaten their time and that they need to improve on it, fueling competition. It isn’t just the competitive nature of the rival feature that works well, it also means that players will explore the tracks in more detail and try and get the best out of their cars, something that just doesn’t happen in World Tour.

Graphically the game is quite a step up from Forza 3, the new lighting system makes a huge difference. The textures seem to have improved too, though the icing on the graphical cake is in Autovista mode, you will still see some fantastically well designed cars racing on the track.

The framerate stays at a solid 60fps most of the time, though there are occasions when it suddenly drops down when in an out-of-car view or during replays. The good news is that the graphics are not the only area that finds improvement; aurally it is even better than before.

Once again if you turn the music down and just get down to the engine, brakes and screeches you will feel as if you really are out on the road. That isn’t to say that the music is bad either, it is certainly better than what was included in Gran Turismo 5.

Overall Forza 4 is a clear improvement over the previous title and probably the most enjoyable racing game available today. It isn’t without its faults, but the good far outweighs the bad here. It is deeper, better looking and feels like it has been developed by real car lovers once again.