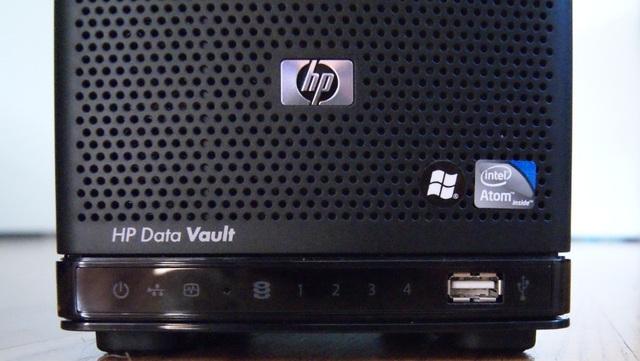 Not too long ago, Neowin covered the unveiling of the HP Data Vault X310 and from that day on, we we have been reviewing the unit. Pleased to say, that the X310 is a value packed device that should appease users that are looking for a minimal thrill solution that offers secure backup and restoring options.

Before we go further into the review, let me explain my reasoning for how I reviewed this device. The biggest reason you would want an HP Data Vault is to backup your critical files and software. While this is generally easy to test locally, I wanted to test a real life usage scenario. A test where you are out in the field and your worst nightmare happens, an entire system crash. I put myself in a situation where going back to the office to recover the files is not an option, a true in the field restore and recover stress test.

The HP Data Vault, as previously mentioned, is a slimmed down X510 that Neowin reviewed previously. Because it offers a few less bells and whistles, it also costs less too (starts at $524.00). So what does that get you?

HP is shipping the unit with a modified version of its 3.1 software that removes such features as the remote streaming media services. While some may consider this a major loss, for a device built to be a backup server (and not a fully fledged home media hub) it does not seem as a big loss. Other features not available are the video converter, iStream and media collector; you also get a slower cpu when compared the X510 (Intel Pentium Dual Core 2.5Ghz VS. Intel Atom Dual Core 1.6Ghz). The unit, for $524.00 comes with 1TB of storage but is expandable via USB External Hard Disk Drive or eSATA Hard Disk Drive. The flexibility to easily expand the storage on the device is a plus as it allows you to easily add storage as needed.

The device does come with software to allow you to setup it up to work with OS X clients too. It is easy to add the X310 to your network and use it as a TimeMachine device.
If you are familiar with Windows Home Server (or if not read our X510 review), the setup is essentially the same and no major hiccups occurred while getting the unit up and running. If you can set up a desktop PC, you will have little trouble setting up the X310. The included instructions make it near fool proof and anyone with basic PC knowledge can be up in running in a few minutes time.

Now, if you are looking for read/write times, and absolute stress tests, the remainder of the review is not for you and there will be others reviews out there that will cover such intricate details. What I attempted to do from this point forward was put the X310 to use in the worst case scenario. A situation where you need the X310 to perform without hiccups, to put it simply, your entire operation is on the line but will the X310 hold its own? 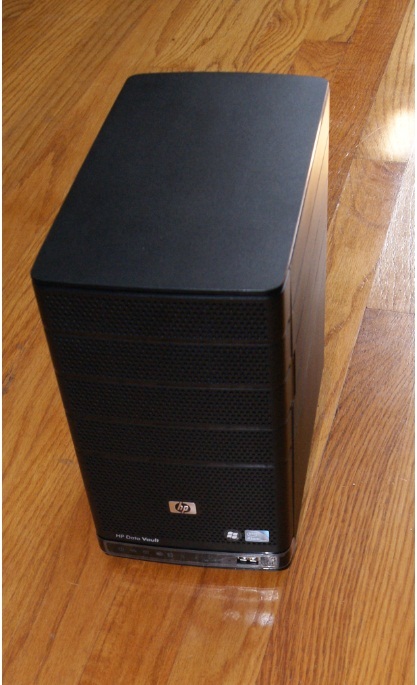 For my test I loaded 300 gigabytes of data onto the device, everything from large video files, word documents, pictures, power point presentations, and other random items that a user would generally backup to such device.

After loading the X310 up with what I considered to be critical files, I then got as far away as I could from the device. I went to Munich, Germany and left the X310 in Cincinnati, Ohio for the remainder of the test.

With a lump in my throat, I formatted and reinstalled Windows 7 on my HP Mini 311 but I did bring the installation materials with me to ensure that I would have the ability to install the drivers for the wireless card. But besides that, I had absolutely nothing else and was 100% reliant on my X310 to return my HP Mini 311 to its rightful state.

The process is fairly simple, by appropriately setting up the X310 I had enabled access to the unit via the web interface. Because of this, all I needed to do was log in to my X310 and select the files to copy over. After a simple operation I had selected all the data I wanted to recover to my laptop and away the transfer went, but did it work, was I able restore my PC to its original form before the format?

Nope, the restore process failed! But, as I quickly found out, it wasn't the X310 that killed the restore. It turns out that if you use your hotels Wi-Fi and try to transfer 300 gigs of data over it, they will ban you from the network... woops.

After I had completed my initial review, HP sent out an update to the device that added a couple cool features that some users may be interested in. While I didn't try any of these personally, they are important to note as they may help you make your purchasing decision.

The first is an update to the previously released TiVo add-in. This update will allow customers to schedule series recordings of their favorite programs and have them automatically copied over to their MediaSmart Server or Data Vault. (North America only)

The second is a new add-in - Easy USB Transfer. Easy USB Transfer will allow the contents from a connected USB drive to be copied directly over to the MediaSmart Server or Data Vault. This capability is a great benefit for customers who routinely create large amounts of data (i.e. a photo or video shoot). Easy USB Transfer can be used as part of their normal workflow to offload the data for editing, backup, or to free up the USB drive for the next job 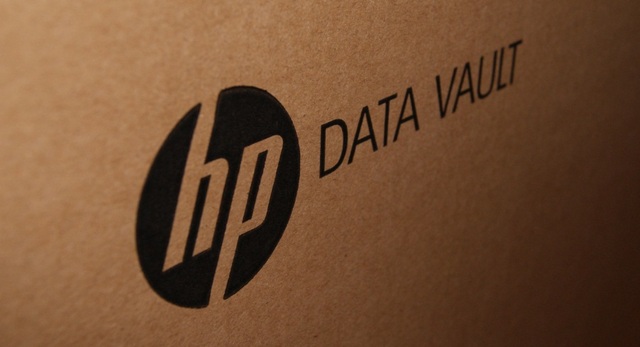 The X310 is a solid device for simple backup and restore processes and that's exactly how I tested it. The core objective is to provide an easy to use backup solution that doesn't break the bank. While $524 is a bit off from the target price that I would expect this unit to come in at ($499), $24.00 is easy enough to swallow for the dependability of having 24hr access to a complete backup of your local drive.

Despite having a slower CPU than the X510, it doesn't seem to suffer as you might expect and its suffice to say that it's adequate for the job. If you're looking for an entry level home server with a brand that has a solid reputation in the home and commercial server markets, the X310 should be on your short list. Its ease of use, dependability, and fair price make it a good buy for the user who wants a more than just an external drive as their backup solution.