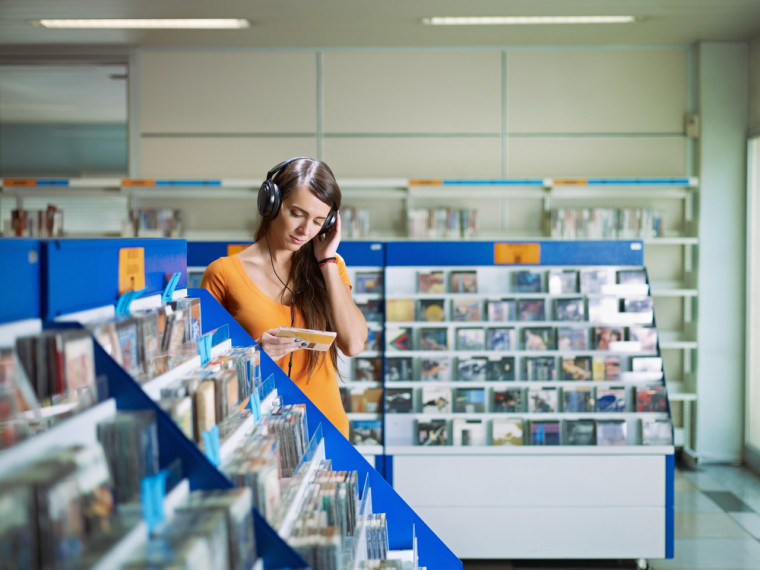 The Recording Industry Association of America has released the latest annual report on the state of the music industry, finding that streaming revenues grew by 52% in 2015, totaling $1.2 billion. This makes streaming officially the biggest slice of the U.S. revenue pie (34.3%), followed very closely by digital downloads.

While not a big reason to celebrate, overall revenues in 2015 were up almost 1% to $7 billion, which, taken at wholesale value, means that the rights-holders got a flow of $4.95 billion back to them, in what is the fifth year of continued growth.

The main reason for the upward trajectory is streaming music, which has grown to be the biggest revenue stream for the music industry, driven by various services such as Tidal, Apple Music, Spotify, and even streaming radio services like Pandora.

The number of paying users for these services grew by an impressive 40% in 2015, averaging almost 11 million paid subscribers for the full year, compared to less than 8 million in 2014, and a little over 6 million in 2013. Just recently, Spotify has announced that it has reached a total of 30 million paying customers, more than 10 million of which were gained in 2015.

If you think RIAA would be happy about the 2015 results, you only need to look at the accompanying memo that RIAA boss Cary Sherman included with the report. In it, he argues that while the outlook for 2016 appears optimistic, the the devil is in the details. 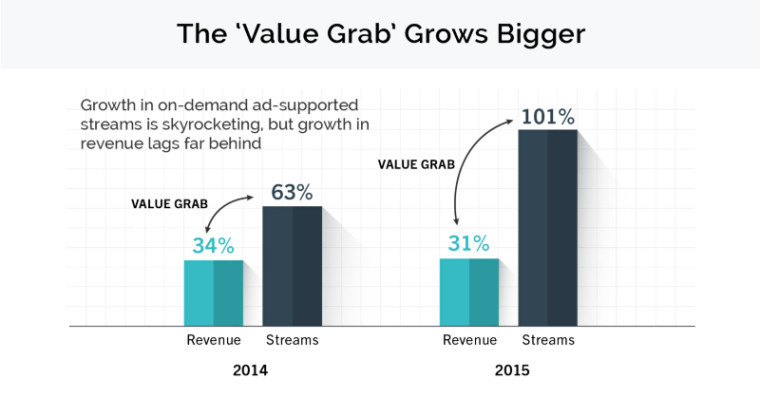 One thing is clear: the music industry is now mostly a digital business that derives 70% of its revenues from digital platforms. However, Sherman argues, while "the consumption of music is skyrocketing, [...] revenues for creators have not kept pace".

It turns out that shareholders don't like how much revenue is generated by the ad-supported streams like those offered by YouTube and Spotify's free tier, as they only manage to trail vinyl sales. In an obvious jab at YouTube, Sherman used a graph to show that "billions and billions of on-demand free streams" generated a "meager" $385 million , while 17 million vinyl albums brought in $416 million. 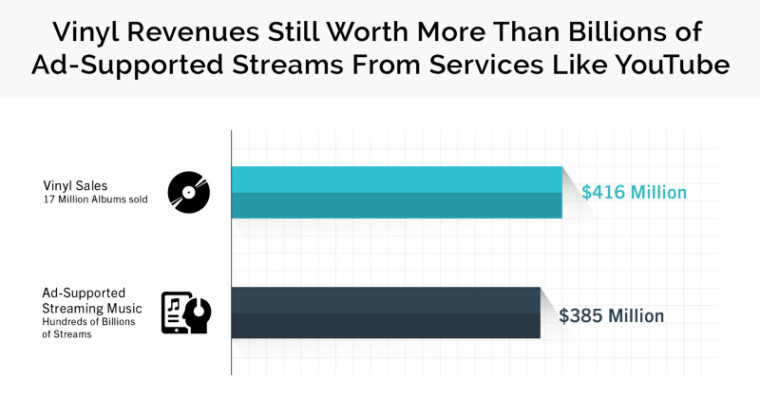 Sherman says he's confident that the music industry’s future is bright, but at the same time he argues for reform, as he thinks that some industry giants have been using loopholes in the current legislation and marketing stunts that allowed them to get away with making money on the backs of artists without paying them a fair compensation.

What do you think about Cary Sherman's remarks? Do you think ad-supported streaming is harming creators, or someone else in the chain? Do let us know in the comment section below.