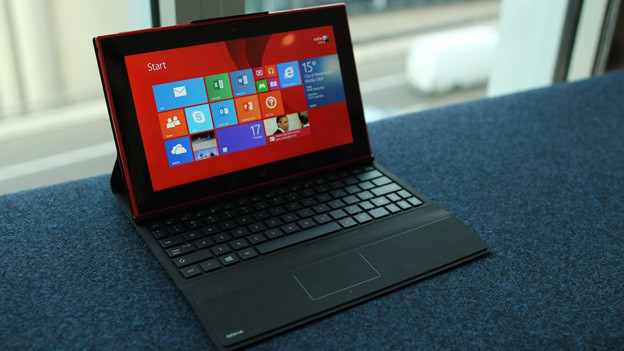 Remember the story from Wednesday where the Microsoft Store site was taking pre-orders for the Nokia Lumia 1520 for a November 15th release? Well, as it turns out, that page was apparently put up on the site by mistake. Microsoft has now removed the pre-order page for the upcoming 6-inch smartphone.

However, a new rumor from WPCentral claims, via leaked inventory listings, that the real launch date for the 1520 will be Friday, November 22nd, again for the price of $199 with a two year contract on AT&T and $549 with no contract.

Furthermore, the same article claims the upcoming Windows RT 10.1 inch tablet, the Nokia Lumia 2520, will also go on sale November 22nd, and it will be released via both AT&T and Verizon on the same day; no timed exclusive for AT&T for this product. Both carriers will sell the tablet for $499 with a two year contract. The AT&T Lumia 2520 will come only in a black color while the Verizon version will have a choice of red or black.

That's not all. Another article at WPCentral claims that Verizon will make the 2520 one of its "Black Friday" (November 29th) sales products, reducing its price by $100 to just $399. In other words, it might not be the best idea to rush out and get the tablet when it first goes on sale.

It looks like November 22nd is going to be a huge day for hardware products running on Microsoft software. The Xbox One launch is also scheduled for that date.