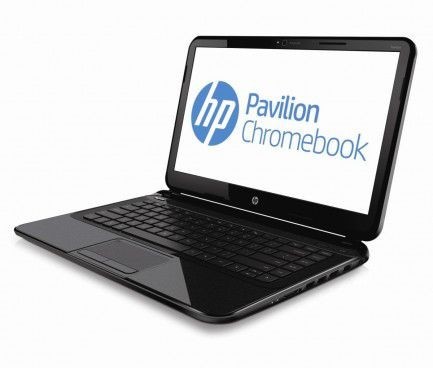 There's been a steady rise in the number of Chromebooks made by other PC makers in the last few months, including new models from Lenovo and, most recently, HP. Now there's word that Google is working with PC makers to launch new Chromebook devices that will include touchscreens as well, similar to many Windows 8 laptops.

The Wall Street Journal, citing unnamed sources, didn't have much in the way of details, saying only that the touchscreen Chromebooks would be launched sometime later in 2013. Google has yet to comment on the newspaper's report.

The article points out that if new Chromebooks are released with touchscreens, software developers will have to make changes in order for their Chrome OS apps to work with touch-based hardware. It's almost certain that any Chromebooks with touchscreens will be more expensive than the ones currently on sale. One of the biggest selling points of Chromebooks is their cheap price, with some models being sold for as little as $199, and most costing significantly less than a typical Windows 8- or OS X-powered laptop.

Recently a video showing what appeared to be a high-resolution, touchscreen-based Chromebook with a Google brand made its way to the Internet. However, Google has not yet confirmed or denied that this is a real and upcoming product, and there's some debate over whether or not the video itself was fake.