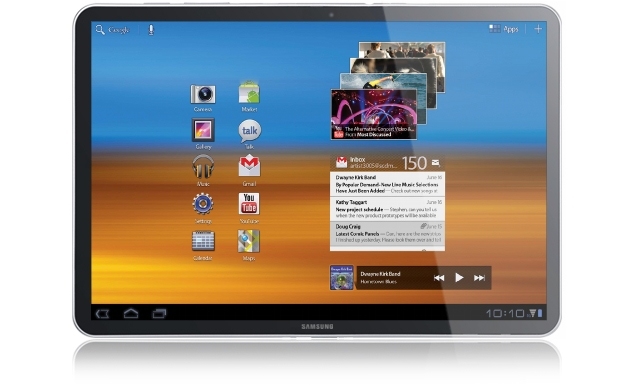 Whether you love Apple’s latest iPhones or you hate them, you've got to admit: the Retina Display is pretty awesome. Apple is widely expected to launch its next iPad with an ultra-high resolution Retina Display too – but Samsung looks set to beat Apple to market, by first launching a new tablet with a spectacular 2560x1600px resolution.

With an 11.6” display, the new addition to the Galaxy Tab range is actually expected to retain almost the same dimensions as the current 10.1” model. BGR reports that the new tablet will have a much thinner bezel, so although the screen size will increase, the overall dimensions won’t grow.

With a 2GHz dual-core Exynos 5250 processor, the new Tab won’t be a slouch by any standards, while the latest and greatest version of Android – 4.0, Ice Cream Sandwich – will be on board, bringing with it a range of cool new features including Android Beam… although until more ICS handsets go on sale, the only other device you’ll be able to beam stuff to is Samsung’s own Galaxy Nexus.

Additionally, it’s believed that the tablet will have a wireless docking facility – think along the lines of Apple’s AirPlay – that would enable users to stream media to an HDTV. Pocket-lint adds that the device will also support stereoscopic 3D display and output, given the capabilities of the Exynos chip.

The new tablet (shall we just call it the Galaxy Tab HD? sure, why not) is expected to be launched at Mobile World Congress in Barcelona at the end of February. Start saving now – it won’t be long before you can get your greasy fingerprints all over it.