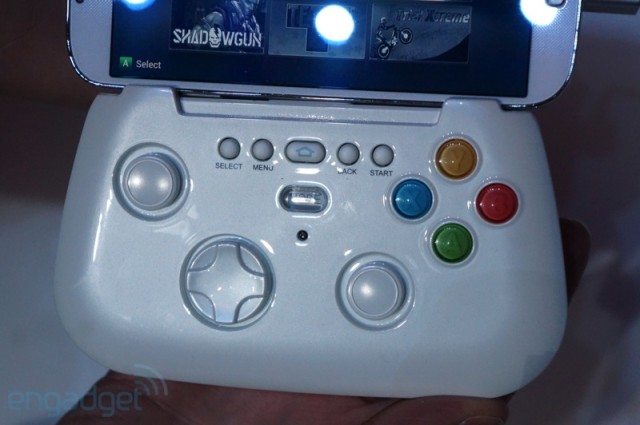 Alongside the release of the Galaxy S4 and a multitude of accessories this evening, a certain peripheral catches the most attention for all the wrong reasons.

The accessory is powered by dual AAA batteries, incorporates a D-pad and shoulder buttons and connects wireless via Bluetooth to your Samsung smartphone or (small) tablet. Expected to launch this summer, this unnamed gaming accessory is simply a concept device for now. Its launch, however, may not see the light of day - its shocking resemblance to Microsoft's Xbox controller is likely to turn a few heads in Microsoft's legal team.

Our own contributor, Stephen Robinson, weighs in with his thoughts on the stark likeness to Microsoft's offering:

Wait, is Samsung getting even more obvious with rip offs? Or did they actually get permission from Microsoft? #xbox twitter.com/xstex/status/3…

Samsung were previously criticized for directly copying Apple's Smart Cover with it's own 'Smart Case' for the Galaxy Tab 10.1, hastily removing it from sale to avoid further embarrassment. As Samsung is embroils itself in further legal battles following the crushing defeat against Apple back in August, can the Korean company really afford any more claims of illegitimacy?