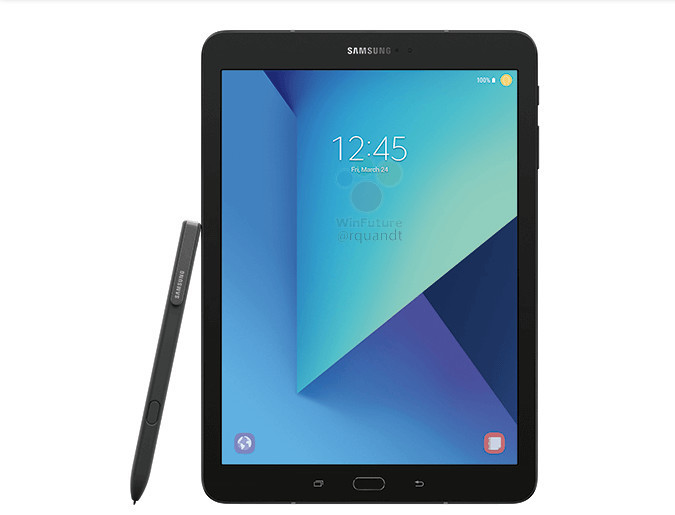 At this year's Mobile World Congress, Samsung will not be showing off the Galaxy S8. Instead, the company is rumored to be showing off a tablet in the form of the Galaxy Tab S3. It appears a couple weeks before the scheduled event in Barcelona, a render of the device has found its way online.

As you can see from the image above, the Galaxy Tab S3 looks pretty much like the previous Galaxy Tab S2. Despite the close similarity there is one difference in that the Tab S3 appears to include an S Pen stylus.

Specifications of the Galaxy Tab S3:

According to the source, the tablet will come in a variety of different colors and will start at around $580 USD. Samsung will hold its MWC event on February 26.