Cloud storage is becoming increasingly popular - especially with deals like Microsoft's unlimited OneDrive storage with Office 365 subscriptions. But local storage hasn't gone out of fashion yet, and manufacturers are continuing to roll out drives in ever-greater sizes. 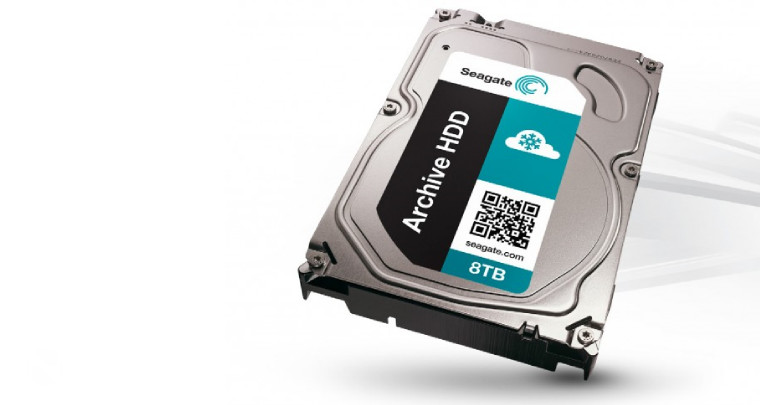 The latest such example comes from Seagate, with a new addition to its Archive HDD line. The largest drive features a massive 8TB of storage, but what's even more remarkable is the price: it will cost just $260 USD (roughly €210 EUR / £165 GBP) when it goes on sale next month.

The drives use new Shingled Magnetic Recording (SMR) technology, which Seagate says "allows for greater capacity, which means more data can be written on a drive without increasing size or form factor. Instead of laying tracks next to each other, we overlap them, much like shingles on a house."

Unfortunately, there is a slight downside to this. While they're certainly spacious and keenly priced, the drives only spin at 5900 RPM, and offer an average read/write speed of just 150MB/sec. Not exactly mind-blowing performance - but the Archive HDD range is focused less on blazing speed, and more on power efficiency and reliability.

The drives come with a three-year warranty, and in addition to the 8TB model, smaller 5TB and 6TB versions will also be released next year. 'Secure' variants - which feature hardware encryption on the drive - will be offered too.

via Engadget | image via Seagate